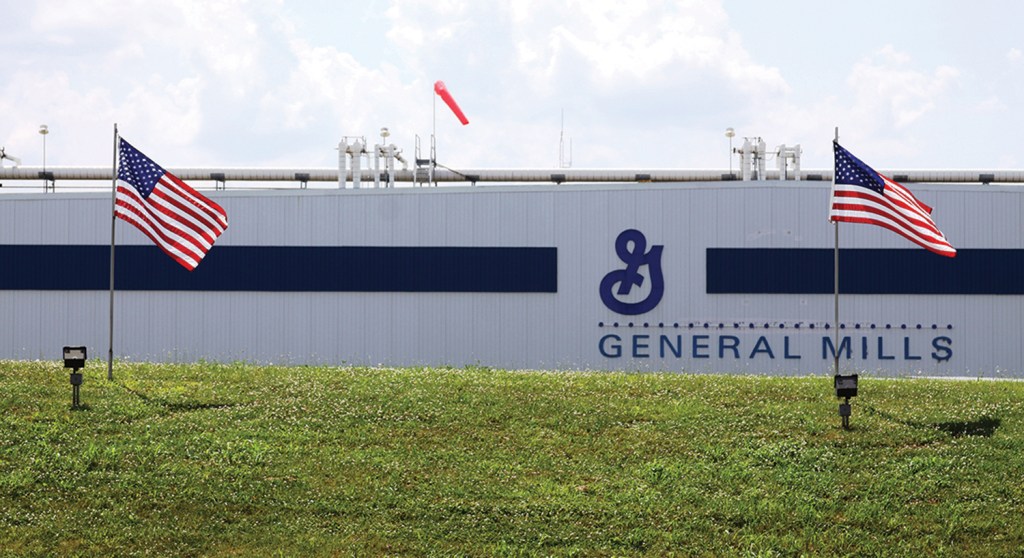 General Mills announced on Monday an investment of $100 million to expand its operations in Wellston. (Submitted photo)

WELLSTON — General Mills, a leading global food company and one of southeastern Ohio’s largest employers, announced on Monday a new project in partnership with JobsOhio, Ohio Southeast Economic Development, Ohio Department of Development, and the Jackson County Economic Development Partnership that will expand their operations in Wellston, creating 30 new jobs.

The General Mills’ Wellston manufacturing facility is one of the company’s largest facilities and produces Totino’s Pizzas and Pizza Rolls.

The company announced an investment of $100 million to expand its operations in Wellston.

The increase in capacity would bring total employment at the Wellston facility to over 1,000 full-time employees.

“General Mills has been a cornerstone of this community for more than 35 years and our employees exude a lot of pride in making food the world loves,” Stephanie Weaver, plant manager at General Mills’ Wellston facility, said. “We’re excited to grow our business and employee base in southeastern Ohio and having strong local, regional and state partners has been instrumental in our success.”

Totino’s originated in 1951 as a family pizza parlor in Minneapolis, Minnesota. Today, it’s grown to make more than 300 million party pizzas every year.

“As one of the most recognized food brands around the world, General Mills continues to grow and thrive in Ohio,” J.P. Nauseef, president and CEO JobsOhio, said. “The expansion of the Totino’s facility in Wellston and the addition of 30 new jobs for hardworking Ohioans demonstrates the ongoing success that global companies can establish in Ohio.”

The expansion is being supported by a tax credit from the Ohio Department of Development and a $400,000 JobsOhio Grant, in collaboration with OhioSE, toward the building, machinery and equipment costs.

“This is a tremendous win for Jackson County,” Mike Jacoby, OhioSE President, said. “General Mills’ investment in Wellston is yet another success story on the benefits of doing business in southern Ohio. The growth tied to this project will contribute to the long-term future of this plant and our region’s food manufacturing industry.”

General Mills is one of several food manufacturers that call Jackson County home.

The county’s food manufacturing workforce is more than 2,500 strong and the county possesses roughly three percent of the nation’s frozen-food workforce.