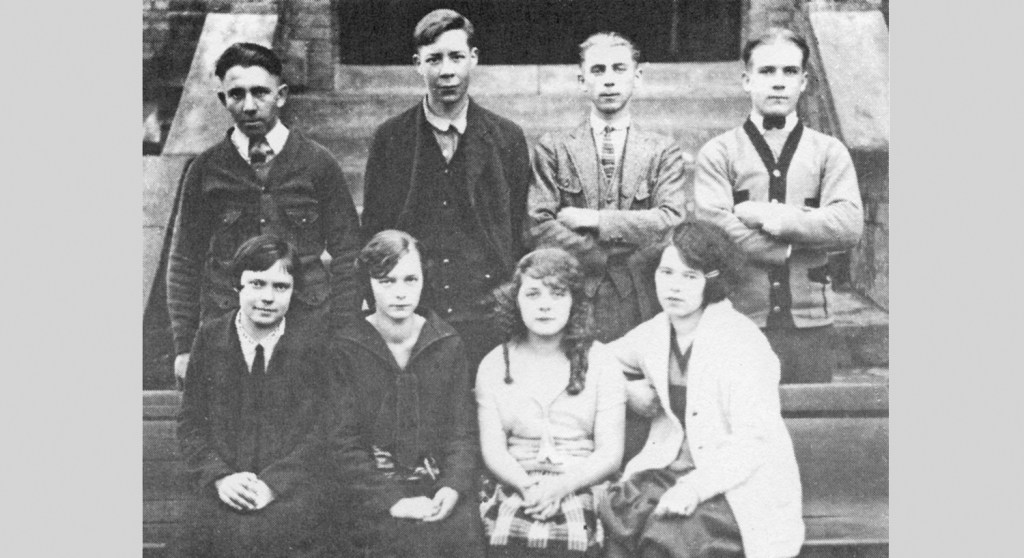 Many people are familiar with Monitor School in Coal Grove, but the question is often asked: Where did the name come from? 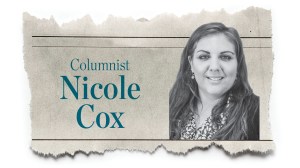 People are often surprised to learn it was named after the Monitor Furnace – the only iron furnace that was in Coal Grove. The furnace was located across from the old Carlyle Tile property, which was originally Petersburg Fire Brick. 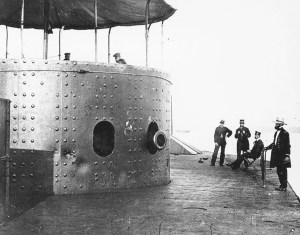 Coal Grove was originally called Petersburg, named for iron magnate John Peters. Since there was already a Petersburg, Ohio, the village soon became Coal Grove. And the Monitor Furnace was named after one of the most remarkable warships in U.S. History.

The USS Monitor was an ironclad, first-of-its-kind ship used in the Civil War and was made from iron processed at Jefferson Furnace in Jackson County. The design of the ship was distinguished by its revolving turret, or weapon mount, which was quickly duplicated and established the “monitor” class of armored warships built for the American Navy over the next several decades.

In March 1862, the Monitor was involved in the first naval battle between ironclad warships, called the Battle of Hampton Roads, or the Battle of the Ironclads. Both the Monitor, and her Confederate counterpart, the CSS Virginia, took minor damage, and the dents on the Monitor’s turret remained forever visible. 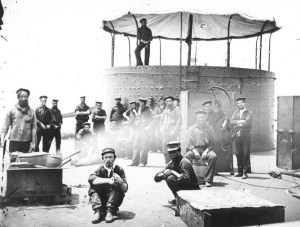 USS Monitor with crew in 1862. (Photo courtesy Library of Congress)

Months later, the ship was sent further south for an attack on Charleston, South Carolina. Although the ship was 170 feet long, it could barely be seen in the water. In addition to the nine-foot turret, only one foot of the ship was above water. The design of the ship was indeed revolutionary, but also led to its demise. The caulking around the gun turret loosened and water began to leak into the hull.

By the end of the year, the Monitor sank 240 feet into the Atlantic Ocean, taking with it 16 crewmen. In 1973, the wreckage was discovered off Cape Hatteras, North Carolina, and was designated as the first national marine sanctuary, which meant the wreckage would remain highly protected.

Since that time, the propeller, propulsion apparatus, steam engine and thousands of other artifacts were recovered. 140 years after the Monitor was completed, the gun turret again saw the light of day. It now resides in the Mariner’s Museum in Newport News, Virginia.

More recently, two of the fallen soldiers were recovered from the wreckage and were buried, with full military honors, at Arlington National Cemetery.

Although the tenure of the Monitor was brief, her legacy lived on as one of the many ways the industry from the Hanging Rock Iron Region helped to win the war for the Union.

Nicole Cox is a member of the Lawrence County Museum & Historical Society. The Museum is located at 506 S. Sixth St, in Ironton and is open Saturdays and Sundays 1-4 p.m.