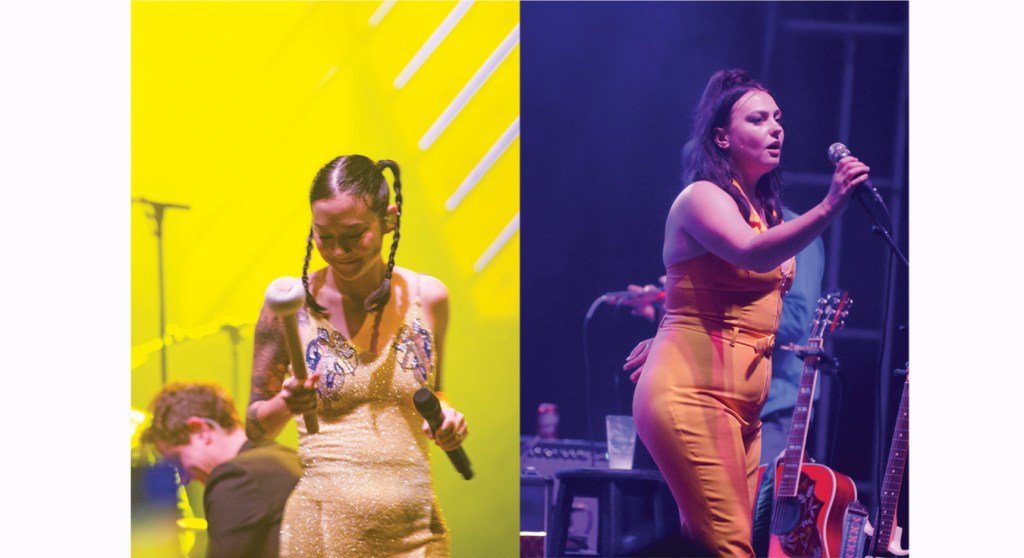 The Nelsonville Music Festival took place from Friday through Sunday, featuring dozens of bands and enjoying its first year in a new home.

The festival, which launched as a one-day event in 2005, began on the square in the Nelsonville Historic Arts District, then, as it grew exponentially, moved the campus of Hocking College in its fourth year, where it remained until 2019.

Scheduled acts for 2020, planned for May of that year, were canceled when the COVID-19 pandemic struck two months before the event and organizers had to scrap plans for 2021 as well.

For its return this year, it moved to the Snow Fork Event Center just outside of town, providing larger space for three stages of bands, vendors and attendees, many of whom camped on the grounds for the weekend.

Singer and songwriter Michelle Zauner, also a New York Times bestselling author, said she enjoyed the chance as last act of the night to play a longer set at the event, contrasting with abbreviated sets at other festivals only allowed time for “flirting” with the audience.

Saturday was headlined by veteran indie rock band Yo La Tengo, who were joined onstage by folk singer and songwriter Michael Hurley, a regular to the festival and, as the band stated, one of the reasons they wanted to play the event. Hurley performed on all three of the festival’s stages throughout the weekend.

One of Saturday’s headliners, Lucinda Williams, was forced to cancel on short notice, but the event got some help from a music legend who has made Appalachian Ohio his home.

The final day of the event was a humid one, with headliner Neko Case saying the weather made her feel “like a gummy person.”

Case, who has a long career as a solo artist know for her strong contralto voice, was joined onstage by members of the band in which she launched her career, The New Pornographers.

Sunday night’s rain held off long enough for the final act of the night, Angel Olsen to complete her performance, which featured two additional songs beyond her typical closer.

All proceeds from the Nelsonville Music Festival go toward providing arts education for children in southeastern Ohio.

For more information on Stuart’s Opera House and upcoming events, including performances by Todd Snider and Godspeed You! Black Emperor, visit https://stuartsoperahouse.org.

— For more photos from the festival see the Arts and Culture page in this weekend’s edition of The Ironton Tribune.