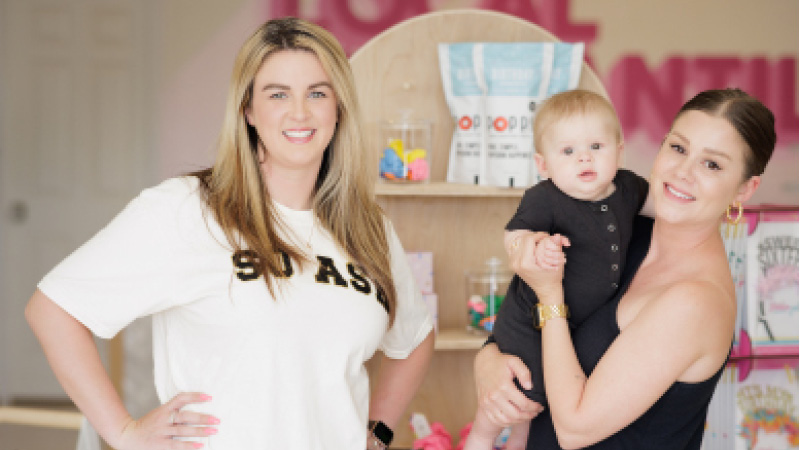 Christina Wamsley and Haley Layman have been friends since childhood. More recently, they became business partners. The two women opened The Local Mercantile in South Ashland in April.

“We had talked about it over the years the way a lot of friends do,” Wamsley said.

It wasn’t until late last year that they decided to take the next step.

“We were talking about it again, and the next thing I knew, Christina had gotten us an EIN,” Layman said.

“It was very quick,” Wamsley added.

Wamsley had worked in retail most of her life but had been a stay-at-home mom of four for the last three years. Layman, also a married mom, had returned to the area for a “slower, simpler pace” after living in Nashville and working in hospitality. She cited her time there as an inspiration for the business.

“I felt like Ashland didn’t have a lot of trendy gift shops,” she said. “I wanted to do something unique, that you’d find in a bigger city. Being in Nashville was an influence. They’re 10 years ahead.”

The friends had worked together before, at The Pink Pineapple, another boutique/gift shop that was owned by Layman’s cousin in the early 00s.

“I always wanted a gift shop and so we kind of wanted to do a Pink Pineapple 2.0,” Layman said.

The friends chose to set up shop in South Ashland because Christina’s husband, Scott, was working to redevelop the area. He and his business partner, Scott Ball, opened Tomcat Bourbon & Brew House in October.

“South Ashland has a lot more foot traffic now; people are out and about,” Wamsley said.

While the name might suggest the boutique focuses on local products, that isn’t exactly the case, though they do try to host vendors from the area for pop-ups from time to time.

“It helps everyone, and we want to support other businesses,” Wamsley said.

Rather than local, they carry a wide variety of items that are stylish, seasonally popular and not typically found in the area.

“We want to offer our customers items that they’d usually have to drive to Lexington or Columbus to find,” Layman said.

“We’re also not trying to compete with other local boutiques,” Wamsley said. “Even if we’re carrying the same brand, we really put in an effort into thinking if other shops have an item.”

Some of the Mercantile’s most popular items are the graphic tees, high-end dupe sneakers and Clover Lane accessories. They also have foodie items like cocktail and drink mixes, specialty cards and books, wedding and baby gifts and more.

The selection appeals to customers with different tastes, since the friends are also style opposites. Christina is is more into “rose gold, florals and girly,” while Haley is more “neutrals, modern and edgy.”

“Opposites attract and it works for us,” Wamsley said.

“We can see something that maybe the other or neither of us would be into,” Layman added.

Another interesting aspect of the shop is spray tanning. Layman was actually doing spray tans near her home through her business, Glow Garage, before renaming it to Girl Talk Tans and moving it into the back section of the boutique.

“We can do walk-ins if the store is open, so people can walk around while they wait,” Layman said.

The combination seems to be working out well for the business, as does the friendship.

“It’s like we’re coming to hang out instead of coming to work,” Wamsley said. “It was never a scary idea, either. We don’t disagree, anyway. This was something fun for us to do together.”

“We have so much fun every day,” Layman said. “It’s like we’re making up for lost time.”

Wamsley and Layman worked with local artist Madeline Tipton (see story on page 8) for their signage.

“We couldn’t get our vibe right with how we wanted the sign to be,” Wamsley said. “She did our logo on the outside and inside of the store.” 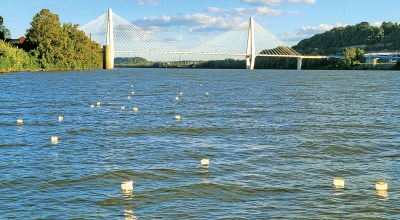