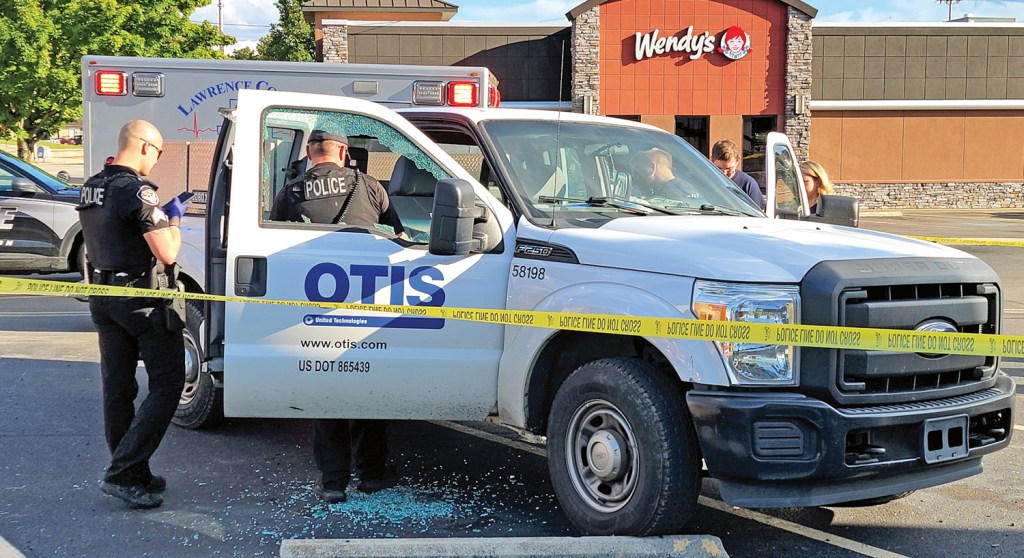 Police look through the truck of man a found dead in the parking lot of Wendy’s on Friday evening. (The Ironton Tribune | Mark Shaffer)

No signs of foul play, family said he had health issues

The Ironton Police Department has identified a man found dead in the Wendy’s parking lot on the evening of Sept. 9 as Monte Robinette, 50, of Catlettsburg, Kentucky.

Pauley said they weren’t sure why he was in the lot.

“He was in a parking spot and a Wendy’s employee noticed him just kind of leaning up against the window and unresponsive. That’s when she called 911,” he said.

Lawrence County EMS and the Ironton Fire Department were the first to arrive on the scene and had to break out the window on the passenger side of the truck to get inside.

“They were able to get him out and they determined he wasn’t breathing and didn’t have a pulse,” Pauley said. “He was deceased and the coroner’s office was called in and he was pronounced dead at the scene.”

He said there were no signs of foul play at the scene.