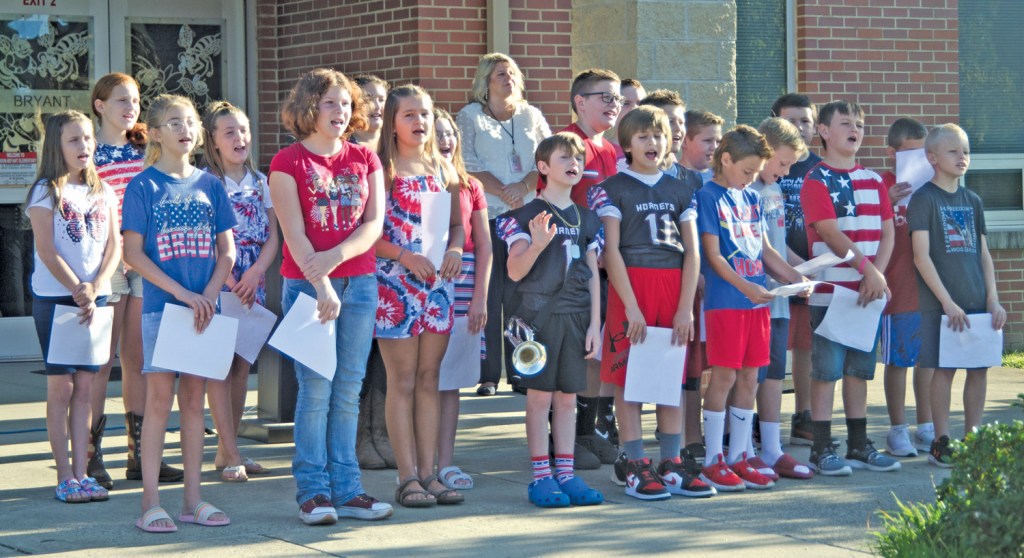 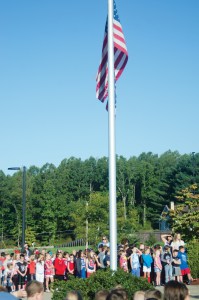 Students and faculty gather by the flagpole at Dawson-Bryant Elementary School’s ceremony honoring those lost in the Sept 11, 2001 attacks on Friday. (The Ironton Tribune | Heath Harrison) 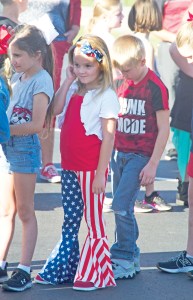 DEERING — Students at Dawson-Bryant Elementary began the school day marking one of the darkest dates in American history, but focused on the good that can follow in the aftermath of tragedy.

As they arrived, classes gathered at the flagpole in front of the school for the annual ceremony honoring those lost in the Sept. 11, 2001 terrorist attacks.

Though that event happened more than a decade before the students were born, the children were taught of the sacrifices made that day and the heroes who responded.

While the event was somber, the school also sought to bring a mood of uplifting for Patriot Day, as students wore red, white and blue clothing.

During the ceremony, assistant principal Monica Mahlmeister said that the way those lost can be honored is through good deeds.

“We need to be good Hornets,” she said, referencing the district’s mascot. “Good Hornets show kindness, serve others and treat people with respect. That’s how to change the world for the better and honor those who were lost. That is the Hornet way and the American way.”

Principal Angie Lafon said the school has been conducting the ceremony each year for more than a decade to mark the anniversary.