Ring on the River set for Oct. 9 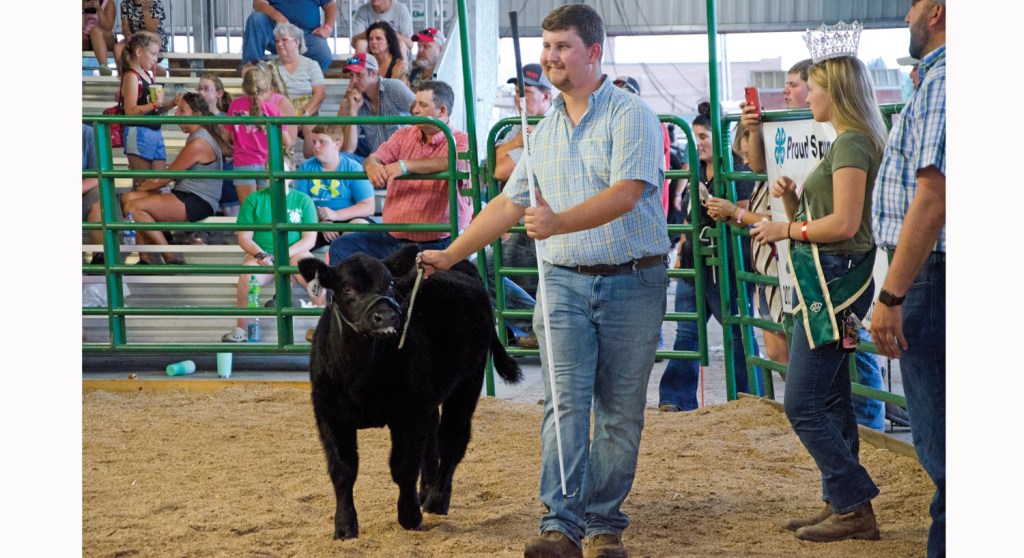 Uriah Cade, who now serves as vice president for the Lawrence County Farm Bureau Board of Trustees, takes part in the Old Timer Showmanship competition at the 2021 Lawrence County Fair. The trustees are organizing the Ring on the River cattle show, which will be open to farmers age 8-21, at the fairgrounds in Rome Township on Oct. 9. (The Ironton Tribune | Heath Harrison)

Cattle competition will be an open show

ROME TOWNSHIP — Farmers from across the county, state and region will be competing and showing their cattle at a new event next month, organized by the Lawrence County Farm Bureau.

Lawrence County Ring on the River, a market feeder and prospect heifer show, will take place at the Lawrence County Fairgrounds, starting at 11 a.m. on Sunday, Oct. 9.

Uriah Cade, vice president for the farm bureau’s board of trustees, said over the years, several people had talked at the county air about the idea of having an open show in the county.

“And the board of trustees decided, ‘ Why can’t we do it?’” Cade said of the move to take action. “We are really excited to do this show.”

Weigh-in will be from 8-10 a.m., with a $30 entry fee and $5 for the showmanship competition. Cade said it is not required to take part in showmanship.

All cattle must be in place by 10 a.m. on the day of show and exhibitors must furnish and clean their own bedding. Generators are required and no electric is provided.

Jordan Johnson will serve as judge for the event. Showmanship age divisions will be: Junior – 8-14 and Senior – 15-21.

Cade, whose family has been long active in 4-H and has taken part in the Lawrence County Fair, said the difference between that event and this show is that the age limit will go up to 21 and that it is open to other counties, states and anyone from across the nation.

“It is a great way to promote agriculture,” he said. The farm bureau regularly hosts educational events, such as, in year’s past, the Bringing the Farm to You event at the fairgrounds.

Cade said the cattle show is another way to continue that effort and that they plan to have a lamb and goat show in the spring.

There is no admission fee for the public to come and watch the event. “We would be tickled to death to get as many people as we can to come out and support our new venture,” cade said. “We’re hoping for a good turnout and for people to come and see what we do.”

He said there will also be a station set up for those interested in joining the farm bureau.

Cade said the event will also double as a donation drive for those undergroing chemo and attendees are asked to bring items for care bags, such as lip balm, lotion, snacks, small blankets, socks, word puzzles, magazines and other comfort donations.

For more information on the show, visit the farm bureau on Facebook at AthensMeigsGallia LawrenceFarmBureau.