ARTS AND CULTURE: Bring the brass 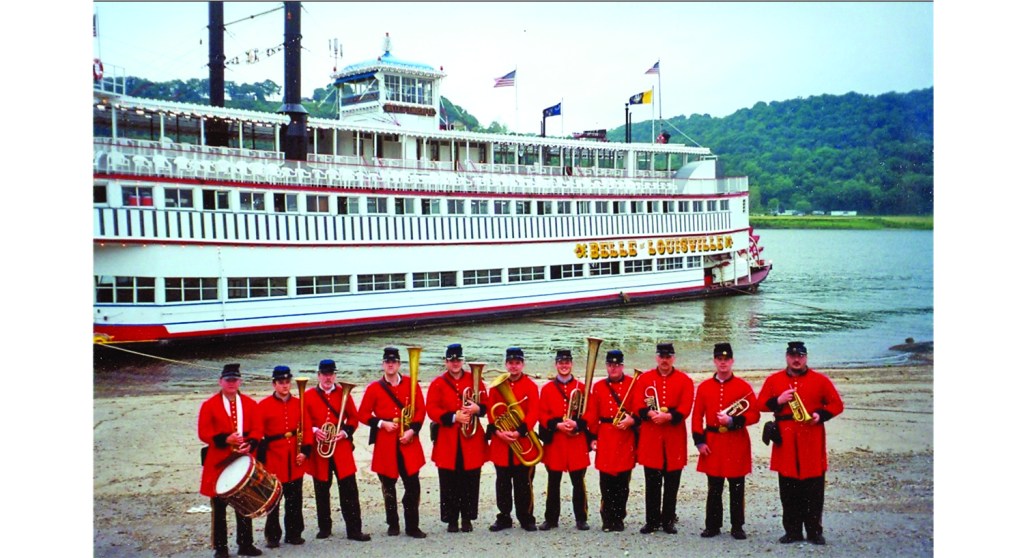 Saxton’s Cornet Band will kick off the Ironton Council for the Arts 2022-2023 season wtih a performance at the First Presbyterian Church of Ironton on Oct. 9. (Photo Submitted)

The Ironton Council for the Arts opens their 2022-23 subscription concert series at 3 p.m. Sunday, Oct. 9 at the First Presbyterian Church of Ironton with Saxton’s Cornet band from Frankfort, Kentucky.

Saxton’s Cornet Band recreates the sounds, appearance and conduct of brass bands during the Victorian Era to the Civil War to the turn of the century. Their programs are full of energy and are very entertaining both musically and visually. The performance is a complete historically accurate concert experience from the mid-to-late 19th century, complete with dramatic readings and period humor in addition to the music.

The modern-day Saxton’s Cornet Band is named for one of the most popular and long-lived ensembles that performed in Kentucky for over 60 years from before the Civil War period into the early 20th century.

The original band’s founder was Henry Saxton of Lexington, Kentucky who organized the band and kept it performing in Lexington playing concerts, dances, parades and funerals.

Reorganized in 1989, the Saxton’s Cornet Band of today strives to maintain the spirit and high standards set by the original ensemble.

They have performed for the inauguration of President George W. Bush and for the National Park Service at sites around the country, including Gettysburg National Military Park.

They have performed in concert halls and at universities across America and have played alongside orchestras including the Lexington Philharmonic, the Fireside Symphony and the Cleveland Pops.

Saxton’s regularly performs at the Great American Brass Band Festival in Danville, Kentucky and is the visiting artist for both the Conner Prairie Museum and the Ohio Historical Society.

Saxton’s has been featured on the silver screen as well, in the films “Gettysburg” and “The Day Lincoln Was Shot.”

Saxton’s Cornet Band has also toured internationally with concerts throughout Taiwan including a performance at The National Concert Hall in Taipei.

Most recently, Saxton’s Cornet Band was featured on American Public Media’s hit radio show, “Performance Today” from a live concert held in Ramsey Hall on the campus of the University of Georgia.

Tickets are $15, are available at the performance, and students are admitted free. The First Presbyterian Church of Ironton is handicap-accessible.

The Ironton Council for the Arts thanks the Ohio Arts Council for awarding the council its first ever Art Start grant, which will assist with deferring performance fees and operating expenses for the 2022-23 concert season.