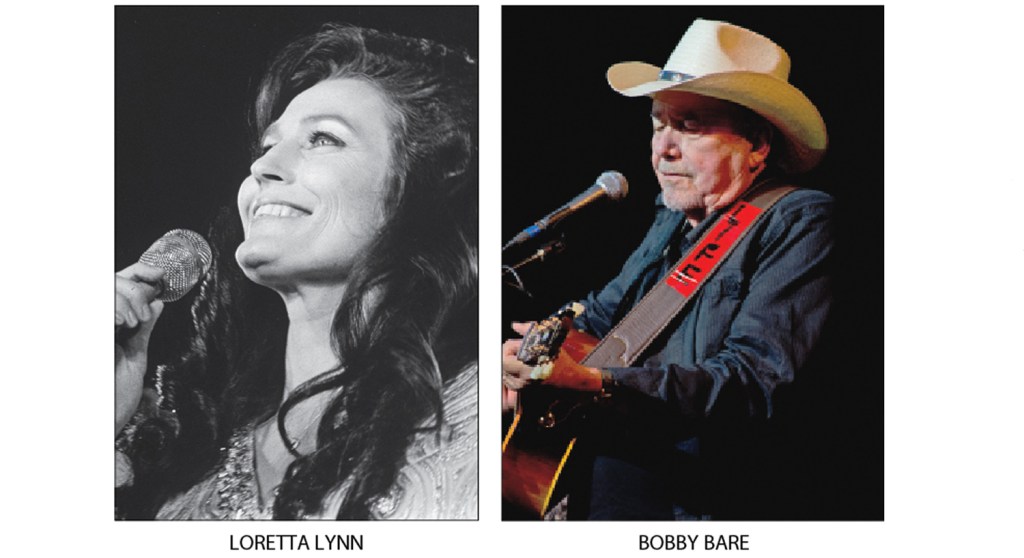 NASHVILLE — Lawrence County’s most famous son is paying tribute to his fellow country music legend from across the Ohio River.

In a post to his Facebook page on Wednesday, Bobby Bare, a native of Pedro, referred to Loretta Lynn, a native of Butcher Hollow, Kentucky, as “an old friend of mine for a long, long time.”

“We’re both from Appalachia – same part of the country,” Bare wrote. “Both started off the same way, dirt poor and worked our way into it. She was a good friend, I’d been calling to check on her lately.”

Bare said she was instrumental to his career, being the first artist record one of his songs when he was a 19-year-old writer working on the west coast.

Bare said the last time he played a show with Lynn was in either 2014 or 2015, when the two were at the Johnny Cash Festival in Arkansas, where they sang “God Bless America Again,” a song Bare wrote and released as a solo single in 1969, and was later recorded by Lynn as a duet with Conway Twitty in 1976.

Lynn also performed a solo version of the song on the Ed Sullivan Show in 1971. Bare and Lynn performed the song together for television in an appearance on The Wilburn Brothers Show in the 1970.

“I love her and I will miss her dearly,” Bare said of Lynn in a post that included a video of the performance.