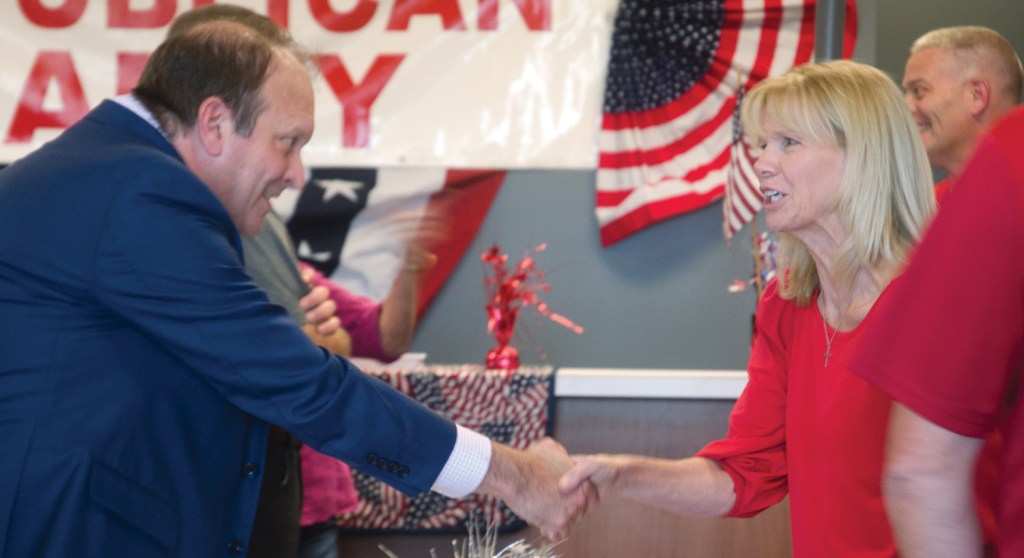 The Lawrence County Republican Party opened their campaign headquarters at The Hills shopping center in Ironton on Thursday. State Rep. Jason Stephens, who also serves as county chair, said this is the first time in history that county-wide races have not been contested by the Democratic Party. The opening was attended by a statewide candidate, Ohio Supreme Court Justice Pat DeWine who is seeking re-election to a second term. DeWine stopped by The Tribune for an interview prior to the event. Look for that in Wednesday’s edition. (