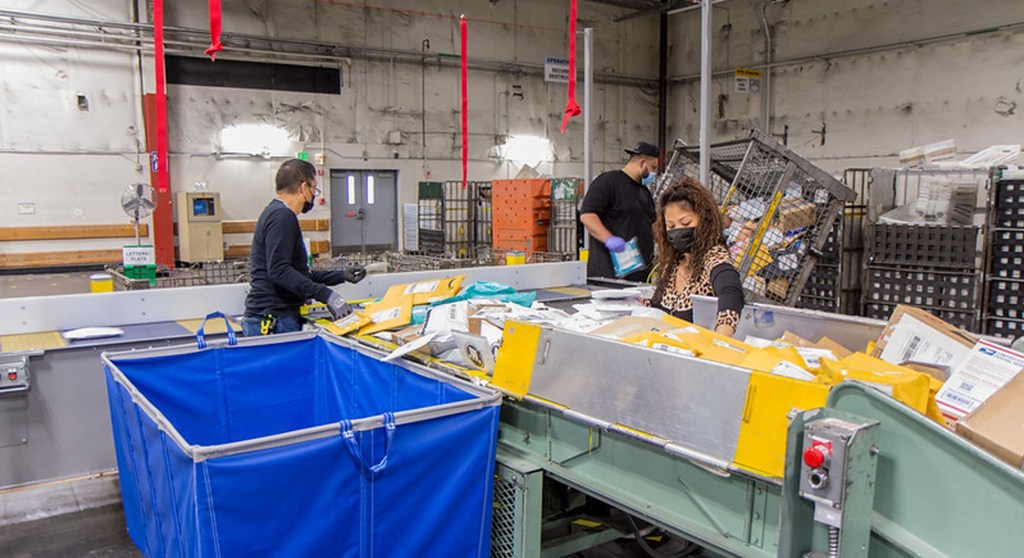 By Mary Schuermann Kuhlman
For The Ironton Tribune

Ahead of the peak mailing season, the U.S. Postal Service is going through a “ramp up” period of hiring.
Because of the COVID-19 pandemic, postal workers now are recognized as “essential workers” and the American Postal Workers Union has negotiated contractual provisions to improve working conditions, wages and safety.
Dominic Corso, president of the American Postal Workers Union Youngstown Area Local 443, said the union’s work is crucial considering the demanding nature of the job.
“They’re on a 24-hour clock,” Corso pointed out. “There’s deadlines which make it very stressful in order to get out as much mail as possible in the little amount of time before the mail is actually dispatched and has to hit the streets to get to someone’s house.”
The Postal Service intends to hire 28,000 seasonal workers nationally, and hundreds of career clerk and carrier positions in cities throughout Ohio.
The hiring blitz is part of a 10-year strategic plan to put the service on a stronger financial footing.
Karen Garber, postmaster in Cincinnati, who has been with the Postal Service for 37 years, said their workers are committed to serving the public.
“The biggest thing that we try to prevent is falling out of that work-life balance,” Garber explained. “It’s been a struggle sometimes for them, and we do our best to make sure we can get them the time off when they need it. Especially our new employees who’ve not been acclimated to the job, working in the elements, all the safety concerns.”
Some workers have expressed broader concerns about diminished service standards under the new plan.
Peter Rachleff, labor historian and co-executive director of the East Side Freedom Library in St. Paul, Minnesota, said as the country sees a resurgence in union participation, it is clear a younger generation of workers — at the Postal Service and elsewhere — will keep demanding a better job environment.
“They’ve looked at what the previous generation experienced, which was ever-diminishing returns for ever-harder work,” Rachleff observed. “And they’re realizing that they need to take action if their lives are going to be better.”
Rachleff noted the U.S. has some strong workplace protection laws on the books, such as the Occupational Safety and Health Act of 1970.
But he added the agencies responsible for enforcing the laws are underfunded and understaffed.