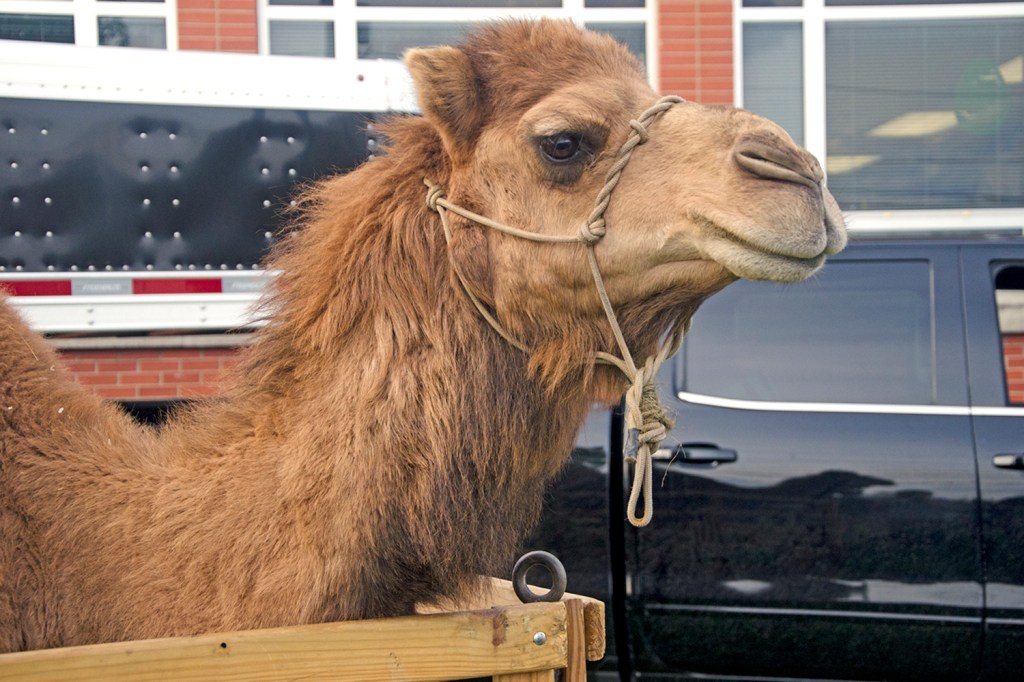 Daniel the camel, of the BARKer Farm and Petting Zoo in Pedro, will be one of the animals on hand for Hocus Pocus on the Farm, set for Saturday, Oct. 29. (The Ironton Tribune | Heath Harrison) 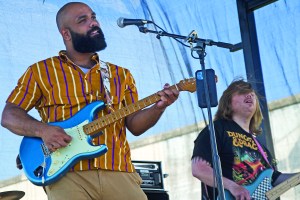 Corduroy Brown, a Huntington, West Virginia musician, who performed at the Summer Solstice Music and Arts Festival in Ironton in June. He will be among the acts set for Hocus Pocus on the Farm. (The Ironton Tribune | Heath Harrison)

Hocus Pocus on the Farm set for Oct. 29

PEDRO — A Halloween-themed evening of family activities is coming up for the weekend leading into the holiday at the BARKer Farm and Petting Zoo.

Hocus Pocus on the Farm is set to start at 6 p.m. on Saturday, Oct. 29., which will feature an outdoor showing of the 1993 Disney film, along with live performances. 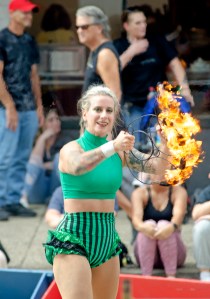 Ariana Rinehart with the Cincinnati Circus Company, performs a fire act at Poage Landing Days in Ashland, Kentucky in September. A fire performer from the circus will be among the acts set for Hocus Pocus on the farm at the BARKer Farm and Petting Zoo in Pedro on Oct. 29. (The Ironton Tribune | Heath Harrison)

Kate Barker, co-owner of the farm, said things will start with a one-hour show from musician Corduroy Brown, who played both the Summer Solstice and Ohio River Revival festivals in Ironton this summer.

“After that, we’ll do a creepy show with animals,” she said, stating they would bring out things such as the farm’s snakes and a tarantula for an audience participation segment, lasting about a half hour.

At 7:45 p.m., Barker said attendees will then be treated to a show from a fire performer from the Cincinnati Circus Company. The traveling circus is known to the region from their shows at the Lawrence County Fair and Poage Landing Days in Ashland, Kentucky.

After the circus act, the showing of Hocus Pocus will then wrap up the night’s activities.

Barker said that there will be a wood-fired pizza food truck on site and concessions will also be available throughout the evening.

In addition, there will be gem mining activities, pumpkin painting, a petting zoo of some of the farm’s animals, costumed characters from the film and the gift shop will be open. 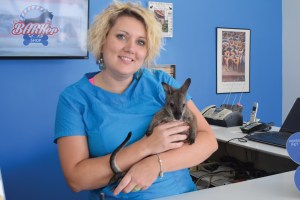 Kate Barker is co-owner of the BARKer Farm and Petting Zoo in Pedro. (The Ironton Tribune | Heath Harrison)

Launched in 2018, the BARKer Farm and Petting Zoo has become a familiar attraction at regional events, with its traveling animals on hand at local schools and churches, as well events such as South Point’s Party in the Park, Lawrence County Senior Day at the county fairgrounds and Waterloo Wonders Day at WOW Ministries.

The farm is also open to schedule appointment-only tours.

Barker said they regularly have events at the farm, inviting guests to their business.

“We just had one earlier this month with a magician,” she said.

Tickets for the Hocus Pocus event are $25 each and can be purchased through a link on the BARKer Farm and Petting Zoo Facebook page.