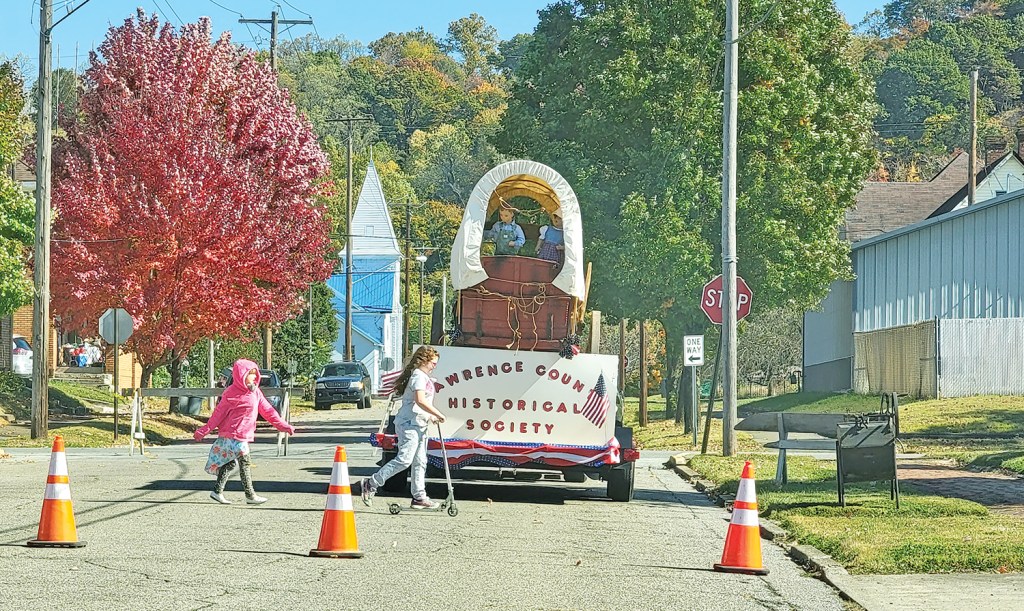 Avery Cox, 8, rides her scooter on the street as her sister, Lola Cox, 6, follows her during Saturday’s bean lunch at the Lawrence County Museum and Historical Society in Ironton. (The Ironton Tribune | Mark Shaffer)

On Saturday, members of the Lawrence County Museum and Historical Society began what they hoped to be a new annual event, a bean dinner. 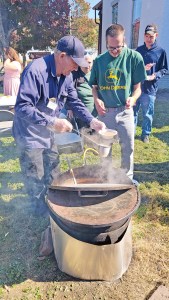 Gene Cox, a trustee with the Lawrence County Museum and Historical Society scoops out a ladle of beans during their first bean dinner on Saturday. (The Ironton Tribune | Mark Shaffer)

The goal was to have people stop by to eat and then check out the museum’s trove of local history.

“This is our first year trying to get this bean fall festival thing going,” said board member Ron Henderson.

For just five dollars, people could get a bowl of beans right out of a big black kettle set up in the yard along with corn bread, dessert and a cup of spiced apple cider.

“We have antiques set up outside and hopefully, it will draw people inside,” he said. Among the antiques was their Conestoga wagon parked on the closed off street for people to check out.

“We have lots of events, the spring tea, the Christmas tea and the Cemetery Walk and other things,” Henderson said. “We decided to have a fall festival just to bring people in the museum so they can see all the historical things of Lawrence County.”

“It is a little more recent history, but a lot of people can relate to that,” Henderson said. “He not only drove jet cars but regular race cars as well. I knew Roger and his brothers pretty well.”