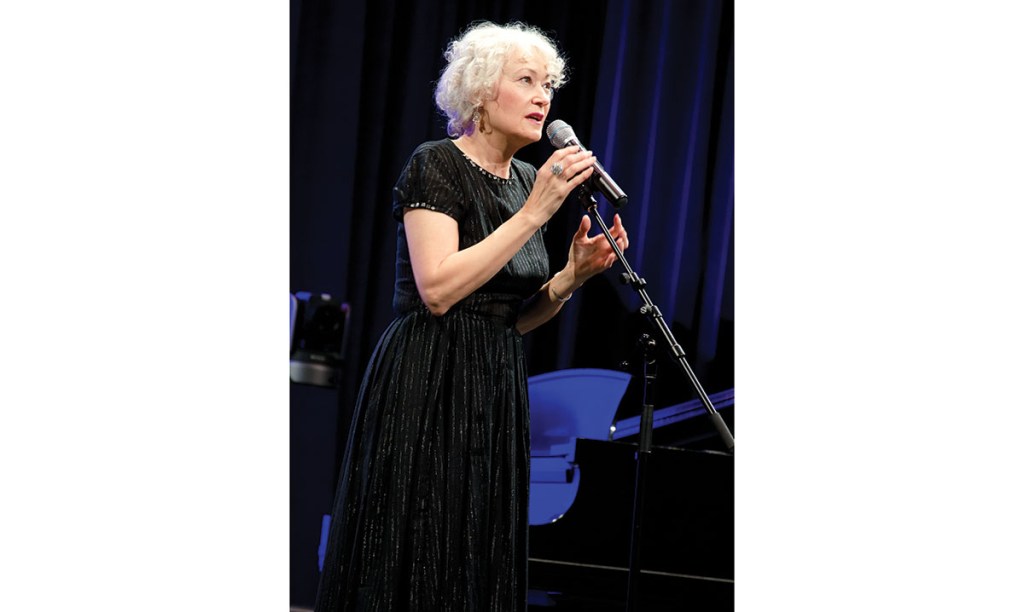 Singer, actress and musician Ann Magnuson performs at her induction to the West Virginia Music Hall of Fame in April 2019. Magnuson is set to return to her hometown for a free Halloween show in Charleston, West Virginia on Oct. 30. (The Ironton Tribune | Heath Harrison)

CHARLESTON, WEST VIRGINIA — Charleston native Ann Magnuson will host a performance featuring her Hallows Eve-themed songs and stories in a style that she has dubbed “SurRURALism.”

It will be preceded by a show with her troupe at Carnegie Hall in Lewisburg, West Virginia at 7:30 p.m. Saturday.

Mixing the oddball glamour of Salvador Dali’s Surrealism with the woodsy weirdness of Appalachian folklore, Magnuson will team up with West Virginia Music Hall of Fame director Michael Lipton and local musicians to conjure up songs and spoken word dreamscapes from her extensive musical and theatrical catalogue.

Magnuson is a unique creative force whose work has ranged from fronting bands to acting in film and television to staging performance art at major museums around the world, as well as maintaining a sustained visual art practice. She received an honorary doctorate from West Virginia University in 2021 and was inducted into the West Virginia Music Hall of Fame in 2018.

In addition to tunes from her former bands Bongwater and Vulcan Death Grip – as well as her many solo albums – Magnuson will premiere a new song, “Ghost Cat,” which features shout outs to beloved West Virginia apparitions including Mothman and The Flatwoods Monster.

“Growing up in Charleston, Halloween was always my favorite holiday,” Magnuson said. “I suppose it was inevitable I would get involved in the theater because I loved dressing up in the costumes my grandma made and becoming different characters.”

Obsessed with the late-night TV show “Chiller Theater,” she looked forward to seeing sci-fi and monster movies at the beautiful, old movie palaces in downtown Charleston.

“I’ve always loved the weirder aspects lurking in the wild and wonderful woods of West Virginia,” she said, “Especially at night, when you can feel a special kind of nocturnal magic – not to mention Moonshine – in them thar hills. And I was always entranced by the spine-tingling ghost stories told around the campfire.”