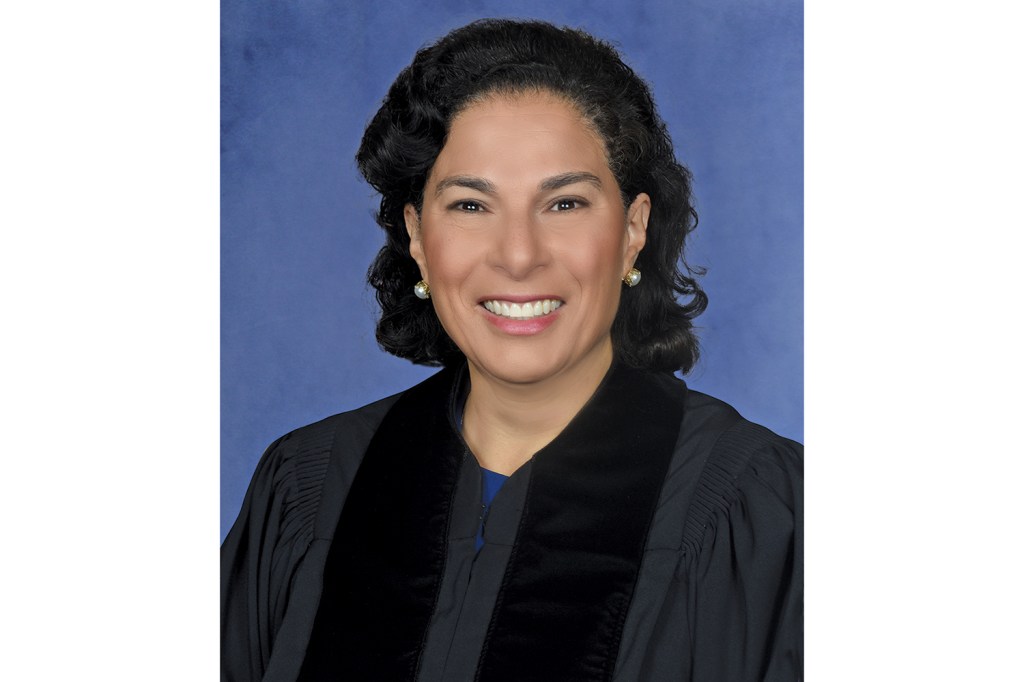 “To get politics out of the court,” Marilyn Zayas says, when asked why she is running for the Ohio Supreme Court.

The First District Court of Appeals justice and Democratic nominee is running against Republican incumbent Pat DeWine for one of three seats on the ballot this year. She spoke with The Ironton Tribune last week about her candidacy.

Zayas said her decision to run was prodded by the high court revisiting two cases — one regarding due process for juveniles and another regarding trial court discretion in drug sentencing — after they had been ruled on.

“They had been decided in December 2016 before my opponent joined the Supreme Court,” Zayas said.  “After he joined, the court voted to basically do a do-over on cases. When he voted, the outcome in the cases changes. It was the same law, the same facts and the same record. The law hadn’t changed, the Constitution hadn’t changed. They were redone and the outcome got changed.”

Zayas pointed to the dissent in the decisions, which she said stated, “just because composition of the court changes, it’s not a reason for the case to be changed.”

Zayas said the judicial system “allow for mistakes to be corrected,” but that is “different from changing the outcome of case.”

On her background, Zayas said “coming to the law was inevitable for me.”

Before coming to Ohio to take an IT job with Proctor & Gamble, she grew up in the Washington Heights neighborhood of Spanish Harlem in New York.

“It was originally a working-class neighborhood, she said. “But it transitioned because of the heroin epidemic of ‘70s. It was so devastating, because you have the George Washington Bridgewhich connects the city into the suburbs and is a pickup point for heroin and crack cocaine.”

Zayas said her family life was “dysfunctional” and things were difficult for her and her brother.

“We experienced things no child should experience,” she said. “Growing up like that, you feel like you don’t have a voice and all you want is a fair chance.”

It was accompanying her mother, who had “a limited command of English” to court appearances in custody fights that she said made her realize she wanted to be an attorney.

Zayas said she had a “wonderful legal career” after moving to Ohio, which she refers to as her “beloved adopted hometown,” working as a public defender and an intellectual property lawyer, before running for the Court of Appeals.

“Ohio is where my dreams came true,” she said. “Dreams I never could have dreamt as that little girl growing up that neighborhood.”

Zayas was elected and has been re-elected in Hamilton County, a conservative stronghold. The first and only Latina elected to the court of appeals in Ohio, she said her success and wide margin of victory in such a Republican-dominated area shows that she is considered a fair and impartial justice.

“Don’t just say it, prove it,” she said. “How does someone come from out of nowhere in a conservative county and, instead of losing the seat, wins it by numbers no one has ever won by in Hamilton County?” I think the proof is in that support.”

“For me, it’s really very simple,” she said. “It’s exactly what my reputation is — to faithfully apply the law and constitution equally to everyone. There should not be any bias if someone has money or doesn’t have money. And it should be independent of any political or outside influence. I’ve never been asked to be anything but an excellent judge. And, if I was asked to be anything but that and I was being forced to do it, I would walk away.”

Zayas took issue with comments DeWine made in his interview with The Tribune earlier this month, when he focused on the Dubose vs. McGuffey case, in which the Ohio Supreme Court upheld a $1 million bail reduction in a murder case.

DeWine said it is a key issue why he is running, citing it as a concern of “public safety” and noted he dissented with that ruling. He said Zayas was in agreement with the ruling.

“I don’t know how he’s talking about my stance,” Zayas said. “I find it interesting that if you are a sitting justice and you feel different about something, you speak against state law.”

Zayas said, in her role as a judge, it was “her duty” to “honor and respect the laws of our state.”

“It does not matter whether I agree or disagree,” she said. “It is a matter of what my duty is. That is the law of our land. If that is the way the law is written, I’m going to follow law.”

She said she would not be “an advocate” or “going around criticizing law.”

Zayas said her campaign has taken her to all parts of the state and she has ventured into areas that she was told were outside her base of support.

She said voters have expressed to her concerns about the integrity of the court and called for accountability.

“At the end of the day, people are people,” she said, stating her job is to meet them person-to-person as she campaigns for the seat.

“All they care about is ‘Who do they trust?’” she said.  “How can there be fairness without integrity? I’m very honored, and it is joyous meeting people eye to eye.”

— The Tribune welcomes interviews with statewide candidates. To see past interviews, visit our website.