Grandson held on $1 million bond in murder of his grandfather 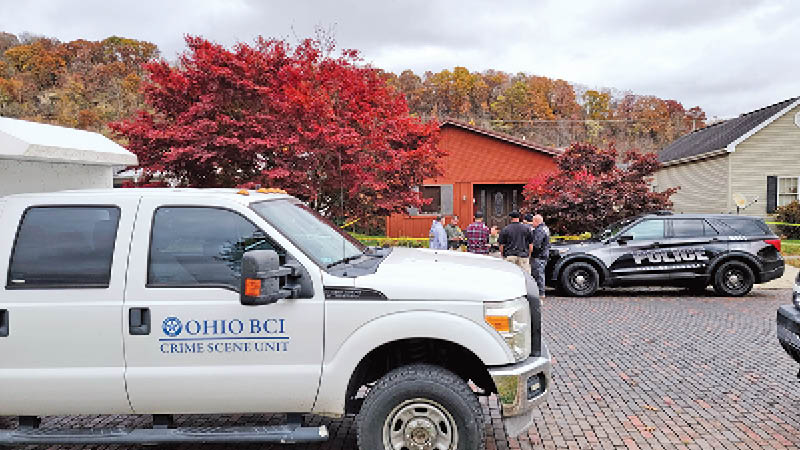 The Ironton Police Department is investigating the murder of an elderly man who was found at his residence on Wednesday. His grandson in being held in jail on a $1 million bond.

Early Wednesday morning, the IPD got a call from a city sanitation crew that a male had attempted to discard several “suspicious” bags in their garbage truck. When officers arrived in the alley behind Ninth and 10th streets, they found the bags contained bloody clothing. The officer called in the detectives to find out where the clothes came from and who put the clothes in the bag.

A short time later, they confirmed that the bags and the male who put them there came from a red house located 1217 S. Ninth St.

As officers were trying to do a well-being check on any residents of the house and get a search warrant for the residence, a male came out of the house, got into a vehicle and left the scene.

The male, later identified as 22-year-old Kace Pleasant, was arrested on a charge of fleeing and eluding by the Scioto County Sheriff’s Office in Lucasville.

Once the IPD officers got a search warrant, they found what appeared to be a dead body wrapped in a rug underneath the back deck of the house.

The IPD called in the Ohio Bureau of Criminal Investigations to do the forensic work on the scene. Once the BCI officers arrived at the scene, they got crowbars and saws out of their vehicle to cut up the back porch to retrieve the body.

On Thursday morning, the IPD identified the victim as the house’s resident, Harold Pleasant, 73, who was the grandfather of Kace Pleasant.

Kace Pleasant has been charged with murder, failure to comply with a police officer and tampering with evidence. He is being held on a $1 million bond in the Lawrence County Jail.