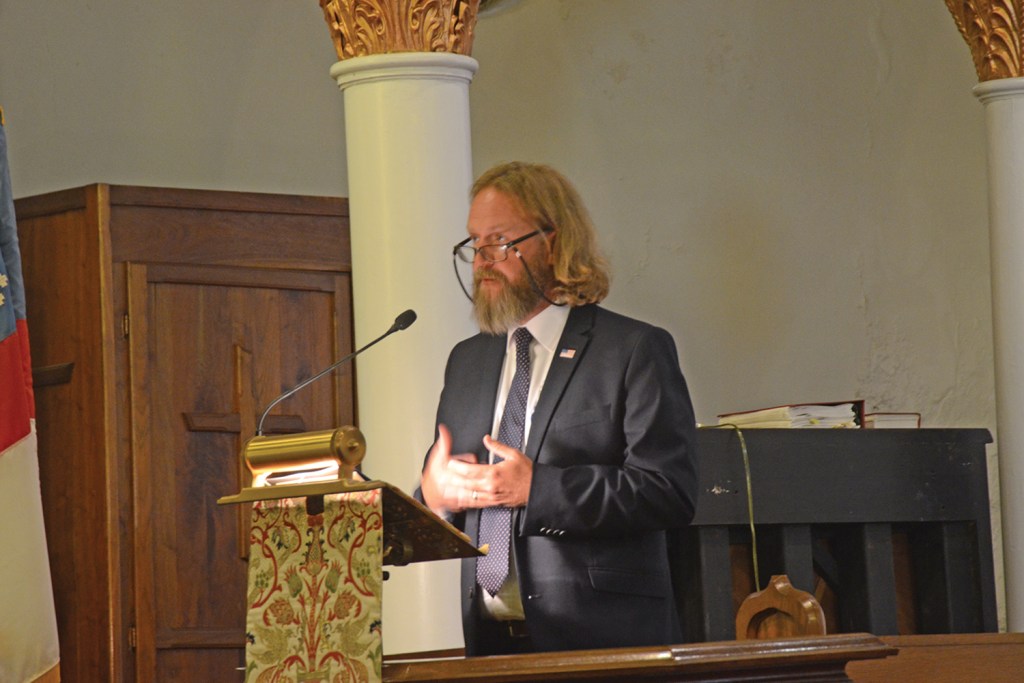 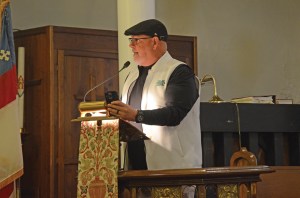 James Barry Poole (aka Cletus T. Judd) was the keynote speaker at the Nexus Recovery Docket ceremony at Christ Episcopal Church in Ironton on Thursday. (The Ironton Tribune | Heath Harrison)

Ballard was addressing the 2022 graduates of the Nexus Recovery Docket drug court, who were at Christ Episcopal Church in Ironton, along with their family, friends and supporters.

step in their process of recovery.

The keynote speaker for the evening was James Barry Poole, better known as Cledus T. Judd, a country music parody artist who has been a staple on local radio in recent years.

Poole shared his own story of his struggles. 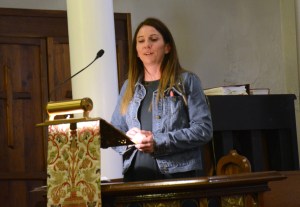 “I, too, am a recovering addict,” he said, stating that he has been sober since Sept. 11, 2004, stating he made the decision to turn his life around after the birth of his daughter.

“I remember saying to myself, ‘You’re a sorry SOB if you snort another line of cocaine after being given the greatest gift ever given,” Poole said. “I asked God to take away my addiction and asked for forgiveness.”

Poole told the graduates that the “only thing you can change is tomorrow.”

After the graduates were announced, they were asked to speak to the crowd.

Nance said the program had “given me a chance to prove myself.”

“It showed me the right way,” he said. “It led me on a path to show people I can do it. I am thankful for that.”

Past graduates were also recognized, such as Tia McDaniel, who was there with her children.

Ballard said that the achievement was due to the graduates’ commitment.

“Everything here is 100 percent you,” Ballard said. “We just go where your story goes.”