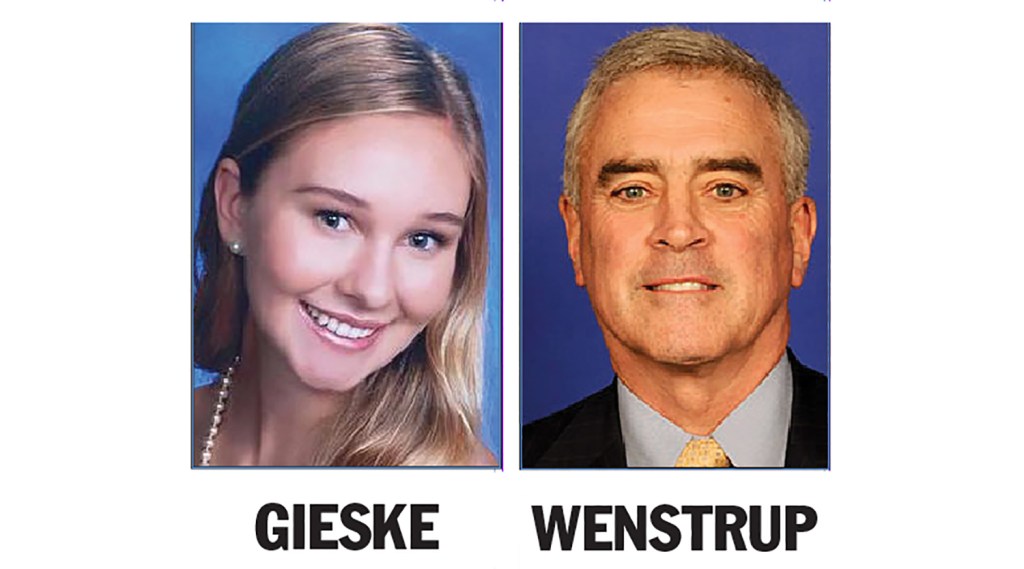 WASHINGTON, D.C. — U.S. Rep. Brad Wenstrup, R-Ohio, paid tribute on Monday to his niece, who was one of two Americans killed in a crowd surge during Halloween festivities in South Korea over the weekend.

Wenstrup released a statement on the death of Anne Gieske, a University of Kentucky nursing student from northern Kentucky who was doing a study-abroad program in South Korea.

“Monica and I, and our entire family, are grieving the loss of our niece Anne Marie Gieske,” Wenstrup wrote. “She was a gift from God to our family. We loved her so much.”

He included a statement from her parents, Dan and Madonna Gieske.

“We are completely devastated and heartbroken over the loss of Anne Marie,” they wrote. “She was a bright light loved by all. We ask for your prayers but also the respect of our privacy. Anne’s final gift to us was dying in the state of sanctifying grace. We know we will one day be reunited with her in God’s kingdom.”

Gieske, along with Steven Blesi, of Georgia, were U.S. citizens identified among 26 foreign nationals in the 150 victims of the disaster.

Saturday’s disaster was concentrated in a sloped, narrow alley in Seoul’s Itaewon neighborhood, a popular nightlife district, with witnesses and survivors recalling a “hell-like” chaos with people falling on each other like dominoes. They said the entire Itaewon area was jammed with slow-moving vehicles and partygoers clad in Halloween costumes, making it impossible for rescuers and ambulances to reach the crammed alleys in time.