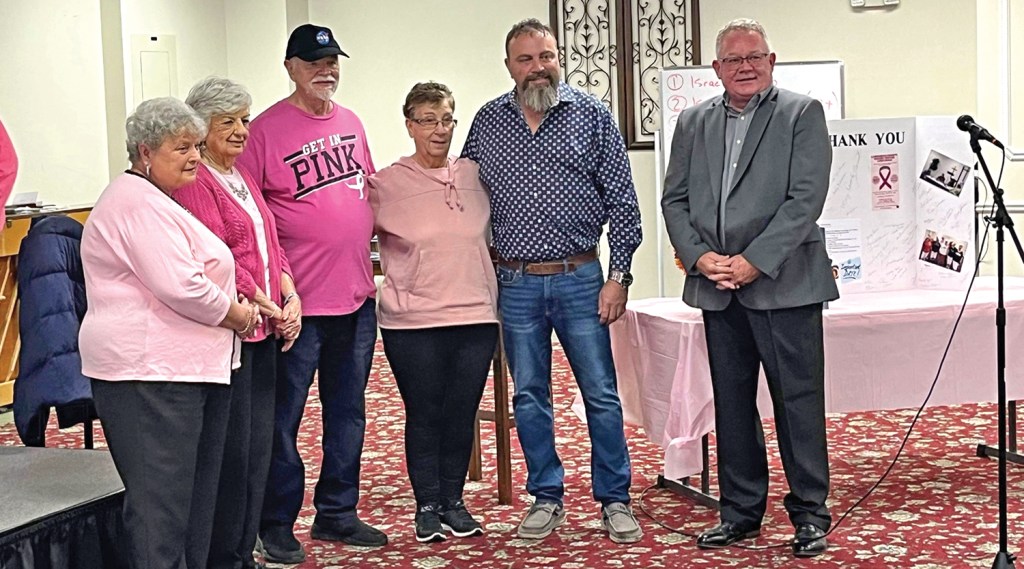 Sybene-Chesapeake Senior Center members honored First Baptist Church of Proctorville pastor Jeff Black at the center’s monthly dinner on Thursday. The church has hosted the seniors for the event for the past seven years. (Submitted photo)

PROCTORVILLE — Members of the Sybene-Chesapeake Senior Center honored Jeff Black, the pastor of First Baptist Church of Proctorville at their monthly Our Day dinner on Thursday.

Center director Darlene Green said the church has hosted the event, a popular community draw, for the past seven years, after they outgrew the center’s home in a modular unit next to the Chesapeake Senior Center one year after it opened.

The dinners will move to the new Lawrence County Senior Center, which is expected to open next month, Green said.

“It’s been fantastic that they opened up the church,” Green said, stating the center wanted to thank him for what is expected to be their last dinner using the church facilities.

Green said when the center moves to the location at the Lawrence County Fairgrounds in Rome Township, they hope to have a Thanksgiving event, followed by a grand opening ceremony at a later date.

The dinners were called off for most of 2020 and 2021, due to the COVID-19 pandemic, and Green said the center lost eight members to the virus.

Last week marked the anniversary of the Sybene-Chesapeake center opening and Green said members are looking forward to enjoying the new facility.