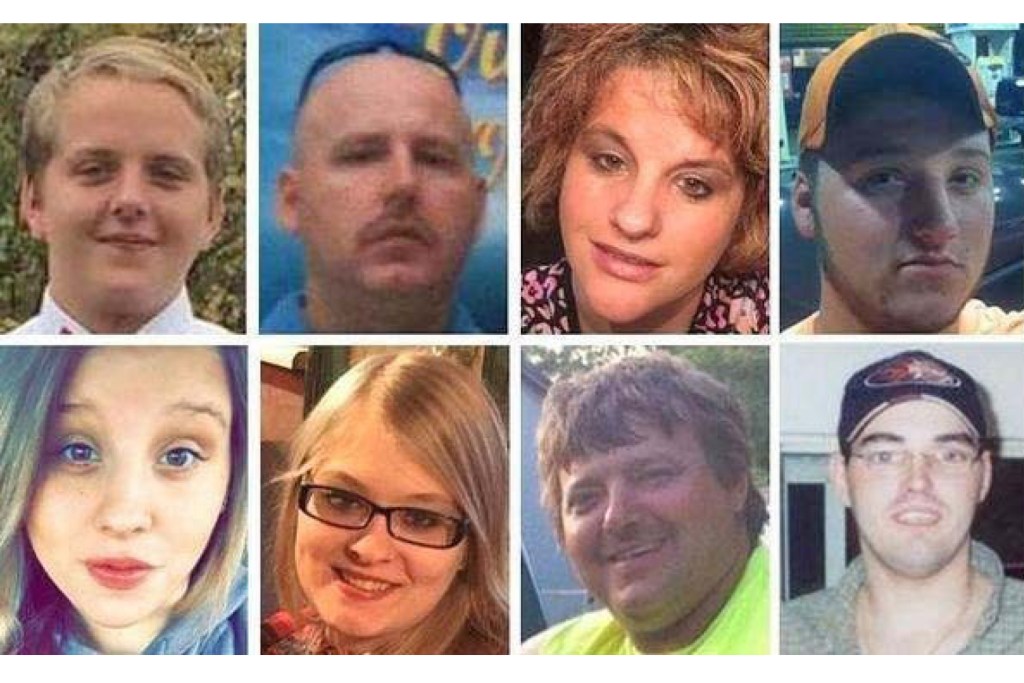 The members of the Rhoden family that were killed in 2016 in Pike County in a dispute over the custody of a child. Associated Press photo)

WAVERLY (AP) — A woman who helped plan the 2016 slayings of eight members of another family, a crime that shook rural southern Ohio and stymied investigators for over two years, says the massacre was her husband’s idea.

Angela Wagner made the claim while testifying Tuesday at the murder trial of her 31-year-old son, George Wagner IV, who could face the death penalty if he is convicted.

She was expected to return to the stand Wednesday.

The slayings stemmed from a child custody dispute involving another of Angela Wagner’s sons and one of the victims, authorities have said.

Angela Wagner said that her younger son, Jake, had wanted to kill his child’s mother, but that her husband, George “Billy” Wagner III, objected because he believed the woman’s family would seek revenge.

“They’ll know, and then they come for Jake. They’d shoot him, if not all of us,” Angela Wagner said her husband told her. He also said the rest of the woman’s family “had to be murdered,” she testified.

Angela Wagner pleaded guilty in September 2021 to 14 counts and agreed to testify against her older son and her husband.

In return, prosecutors dismissed eight counts of aggravated murder and agreed to not seek the death penalty.

Jake Wagner pleaded guilty in April 2021 to shooting five of the victims, saying he had no choice but to kill the mother of his daughter, a toddler at the time.

George Wagner IV — who is accused of helping to plan the killings — is the first person to go on trial for the killings. His father has pleaded not guilty and likely won’t go on trial until next year.

The four members of the Wagner family were not arrested until more than two years after the slayings.