Brown will seek re-election in 2024 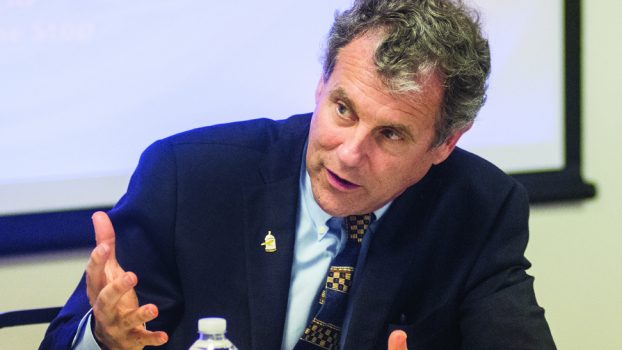 WASHINGTON, D.C. — The next year will see incumbents and challengers setting their plans for the next round of congressional races in 2024, but Ohio’s senior U.S. senator has made his intentions known early.

Democrat Sherrod Brown said on Tuesday that he will seek re-election to a fourth term.

While Ohio has elected Republicans to all statewide offices (excluding the Ohio Supreme Court) in recent years, Brown has been an electoral success for his party, winning re-election by confortable majorities.

This marked an increase in his victory margin over then-Ohio Treasurer Josh Mandel in 2012, in which Brown was re-elected 50.7 to 44.7 percent.

Brown, who previously served as Ohio’s secretary of state and as a U.S. representative, was first elected to the Senate in 2006, a wave year for Democrats, in which he defeated incumbent Republican U.S. Sen. Mike DeWine. DeWine made an eventual political comeback, winning election as the state’s attorney general and won the governorship in 2018.

With Democrats retaining control of the Senate, following this year’s midterm elections, Brown will again serve as chair of the Senate Committee on Banking, Housing, and Urban Affairs in the next Congress.

The past year saw two major legislative successes for Brown, with two pieces of legislation he championed attaining passage — the CHIPS Act, which will bring federal funding for domestic research and manufacturing of semiconductors, and the PACT Act, which provides care for veterans exposed to toxic burn pits.

Given the state’s Republican leanings in the last two presidential races and in midterm years, Republicans have viewed Brown’s seat as a possible pickup in 2024. Ohio Sec. of State Frank LaRose, who just won a second term in his office, has been seen as a possible challenger to Brown.