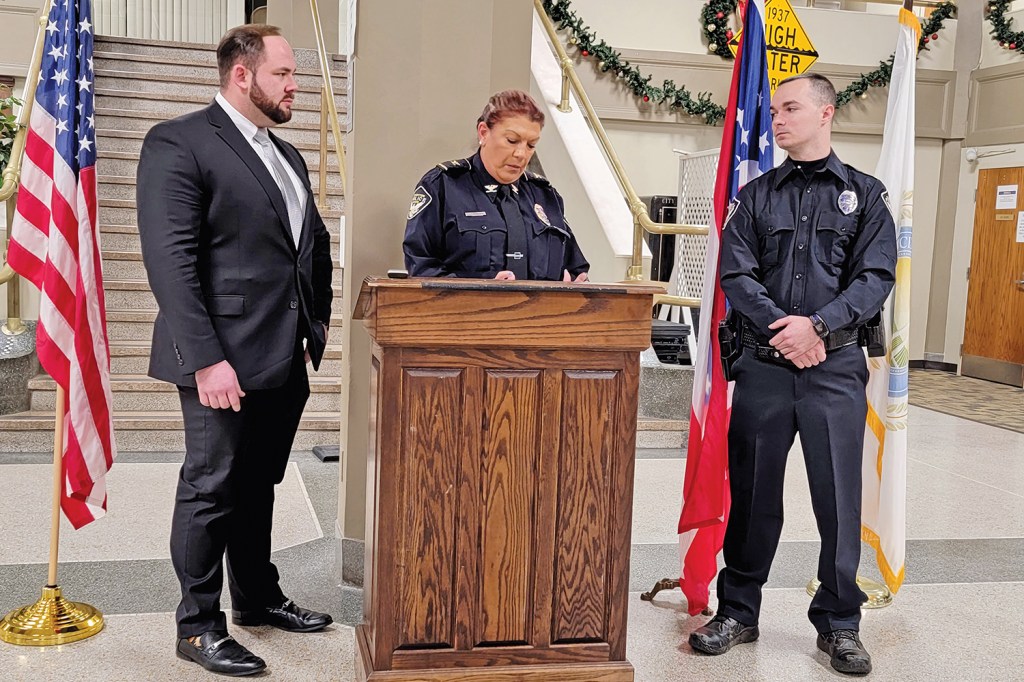 On Tuesday, the Ironton Police Department swore in its newest member– Bryan Jordan.

Although he is the newest member of the IPD, he has years of policing experience.

He graduated from Portsmouth West High School in 2010, but it was a few years before he got into law enforcement.

“I went to Shawnee State University for a few years. But then I found out more about the police academy. The very next day, I enrolled in the Scioto County Police Academy,” Jordan said.

“I had a great time there, but I was ready to move on and joined the Ironton Police Department,” Jordan said.

He added that it was always his dream to be a police officer.

“And I don’t give up on anything when I set my mind to it,” Jordan said. “I enjoy serving the community. I enjoy the different types of interactions with public. A lot of it is just getting with the citizens and getting their trust.”

IPD Chief Pam Wagner said that the force had a number of openings with the recent retirements.

“We are working with police academies in Scioto County and on the statewide level trying to get these positions filled,” she said. “We have a lot of young, great guys coming in.”

She said it takes a few months to get a new officer because of them have to take tests and the interview process. She said Jordan applied a few months ago.

“That’s standard procedure now. You just don’t apply one day and get hired the next,” Wagner said. “You have to go through the Civil Service process.”

Speaking of Jordan, she said she expects good things from him.

“I think he is going to be a great asset to us,” Wagner said. “He has good experience as an officer.”