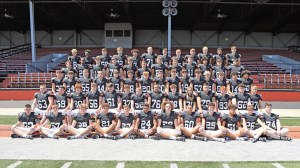 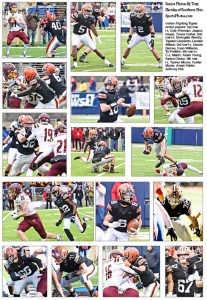 One game does not a season make.

While players, coaches and fans felt disappointment and frustration after last week’s Division 5 state championship loss, everyone needs to understand that one game doesn’t define the entire season and the accomplishments.

Led by the senior class,

Here is a list of some of those accomplishments:

* First in the region computer rankings all four seasons

Overall, Ironton is 56-11 since Trevon Pendleton took over as the head coach in 2018.

During that time he has pushed weightlifting and conditioning. Maybe players get tired and even upset, but if they were not in good physical shape or strong, would they have had this kind of success?

I’ve never been big on catchy sayings, but there is one that resonates that says, “Hard Work Never Guarantees Anything, But The Lack Of It Does.”

Ironton players have put in the hard work. They have spent more than 300 days in the weight room, watched miles of opponent film, endured the heat and sweat of summer two-a-days and gone through the grind of a 16-game season that is one more than the teams in the college championship and one less than an NFL schedule.

That is quite a workload.

Fans come to the games each Friday and they did for 16 weeks this past season. But the players were working beyond that one game. They gave their best efforts on Fridays. Sometimes their performance may have not been as good as the fans wanted to see, but it wasn’t because of the lack or work or effort. That’s the game. Players and coaches don’t go into a game thinking I’m going to play bad and try to lose.

Sometimes you have to give the other team some credit. And, while other teams gave a great effort, Ironton still came out with a win.

While there is a lot of focus on Ironton losing in the state finals for the ninth time, let’s be realistic. The odds of you winning every time are great. Think about the fact there are more than 700 high schools in Ohio playing football and more than 600 have never been to the finals. Ironton has been there 11 times! You’re not going to lose in a championship game if you’re knocked out in the first round or never even make the playoffs.

There is a great quote from the movie Tin Cup in which Kevin Coster’s character says, “Greatness courts failure.” You’re not going to succeed every time, but think of the success you’ve achieved. The seniors have 50 wins in four years. They’ve been to the Finals three times.

Registering individual statistic records were quarterback Tayden Carpenter who threw for more than 3,371 passing yards with 43 touchdowns and only five interceptions as he completed 199 of 296 passes and wide receiver Ty Perkins with 57 receptions for 1,264 yards and 18 touchdowns.

Perkins and Carter are headed to play for the Cincinnati Bearcats.

“I want to say how proud I am of these seniors and some of the things they have battled through and overcome year after year to get here again. It’s just so impressive. The mentality that these guys have shown and the approach that they take to not only football, but work itself in the weight room, on the field or in the classroom,” said Pendleton.

“I don’t think they realize the magnitude of what they’ve done. They will look back and should be proud of what they accomplished because I am very proud of them.”

This team and group of seniors do not need to hang their heads. They should be proud of what they’ve done and know that they will forever be part of Ironton’s storied football history.

They have more than earned their stripes.

Jim Walker is sports editor emeritus of The Ironton Tribune.