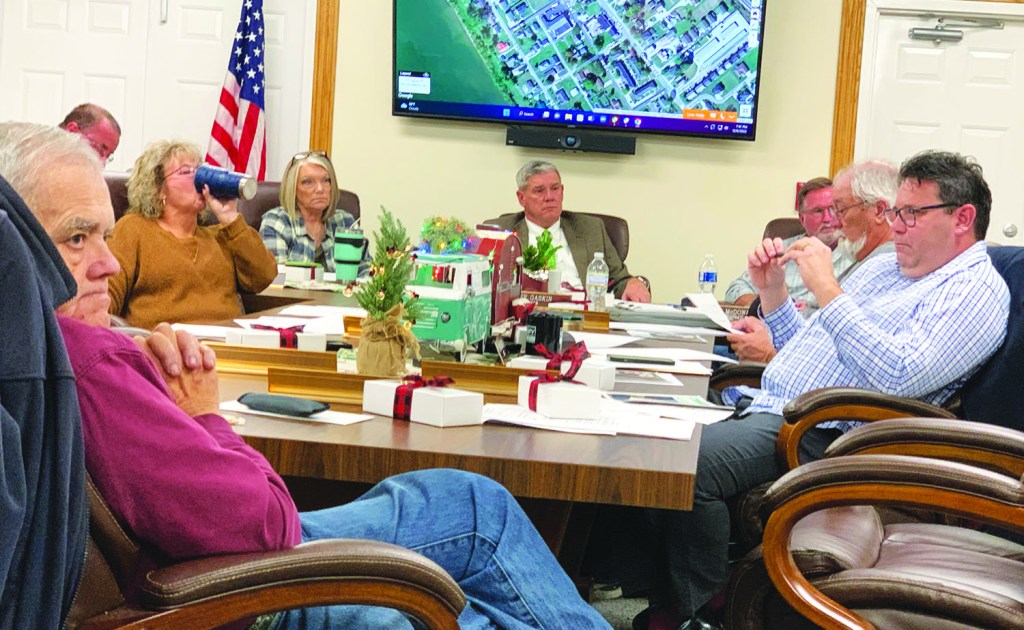 For 40 years and through five mayoral administrations, the Village of South Point has resisted the idea of implementing a metered water system, despite being urged to do so by the Ohio Environmental Protection Agency.

As of Nov. 30, they are no longer being urged, but are instead being told they must do so.

To comply, the EPA states “South Point must develop a plan for installing meters on all service connections” and must reduce unaccounted-for water loss to under 30 percent, with an ultimate recommended goal of below 15 percent.”

“For 40 years, they have suggested this,” Mayor Jeff Gaskin said at Tuesday’s meeting of council. “They are no longer suggesting. The two words are ‘shall’ and ‘must.’”

Water usage has long been an issue in the village, with village administrator Russ McDonald regularly informing council that the village is pumping amounts that overburden its system.

The village has installed meters for customers who live outside village limits.

Village solicitor Randy Lambert said the village can avoid penalties from the EPA by responding and announcing a plan to achieve compliance and that time would be allowed for implementation.

McDonald said most of the infrastructure is in place and that he would recommend the village move to water meters.

“This is not about money,” Gaskin said. “This is a violation and about abuse of the water system.”

The mayor said, under a metered system, South Point would still have a lower rate than its neighbors.

“The only fair way to do this is to pay for what you use,” Gaskin said.

One woman in attendance, who lives outside village limits, said her water bill had not changed much since a meter was installed at her residence.

“And we have four people and two teenage girls,” she said.

The council concluded the discussion by voting on a motion to direct McDonald to devise a plan for implementing meters to come into compliance with the EPA.

No specific timetable was set and the matter will be discussed further at future meetings.