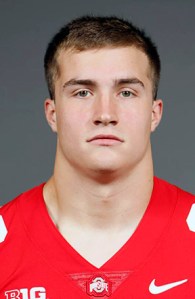 The Ohio State Buckeyes 6-foot-2, 230-pound red-shirt freshman linebacker is one of 39 players on the team to be named to the Big Ten All-Academic team.

Players must carry a 3.0 or better grade point average.