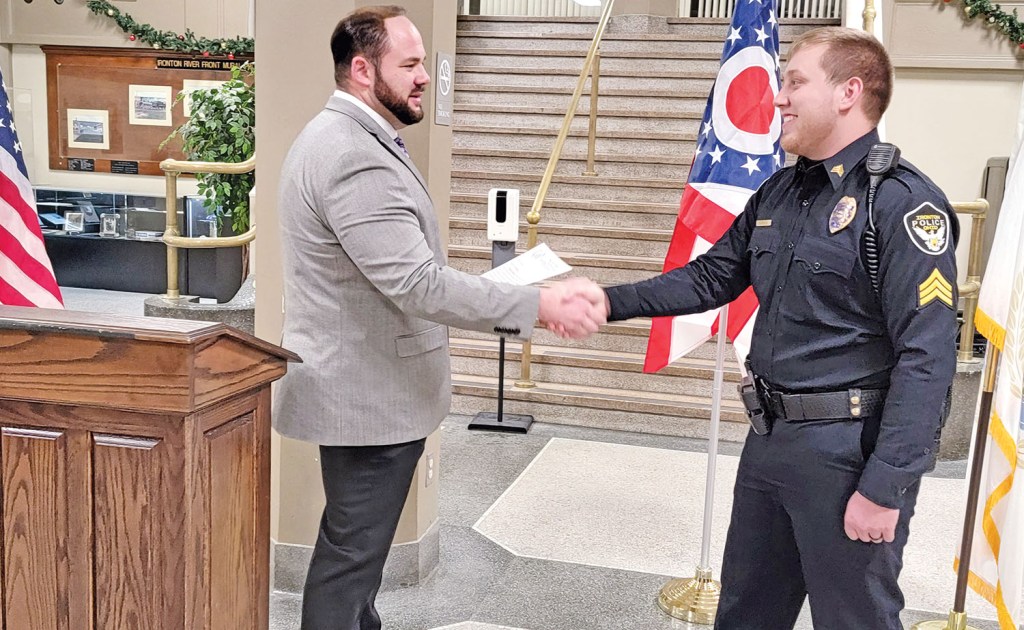 Officer has been with the department for 17 months

After just 17 months with the Ironton Police Department, William Borders was promoted from patrolman to sergeant on Tuesday.

He joined the IPD in July 2021 after serving as a jailer and special deputy for the Lawrence County Sheriff’s Office. He graduated from South Point High School in 2017 and then graduated from the Southern Ohio Police Academy in Lucasville in August 2020.

IPD Chief Pam Wagner said, in his short time with the department, Borders has stepped up and proven himself as a good officer and a leader.

“We are very pleased with Sgt. Borders’ progress since he has come to the Ironton Police Department,” said IPD Chief Pam Wagner.

“He works a lot of hours, he steps up and volunteers. He does a lot of stuff out in the community. Any kind of off-duty stuff we need, he’s helping spearhead, like the fundraiser we are having for another K9,”she said.

Borders said he has always wanted to rise up in the ranks.

“I think I can do a pretty good job with this,” he said. “And it has always intrigued me to train people and teach them the right way.”

As a sergeant on the day shift, his responsibilities are to “watch over the guys, continue to go on calls and make sure we handle them the right way. As a supervisor, I will have more responsibilities, but it will be the same as before – take care of my duties and protect the community.”