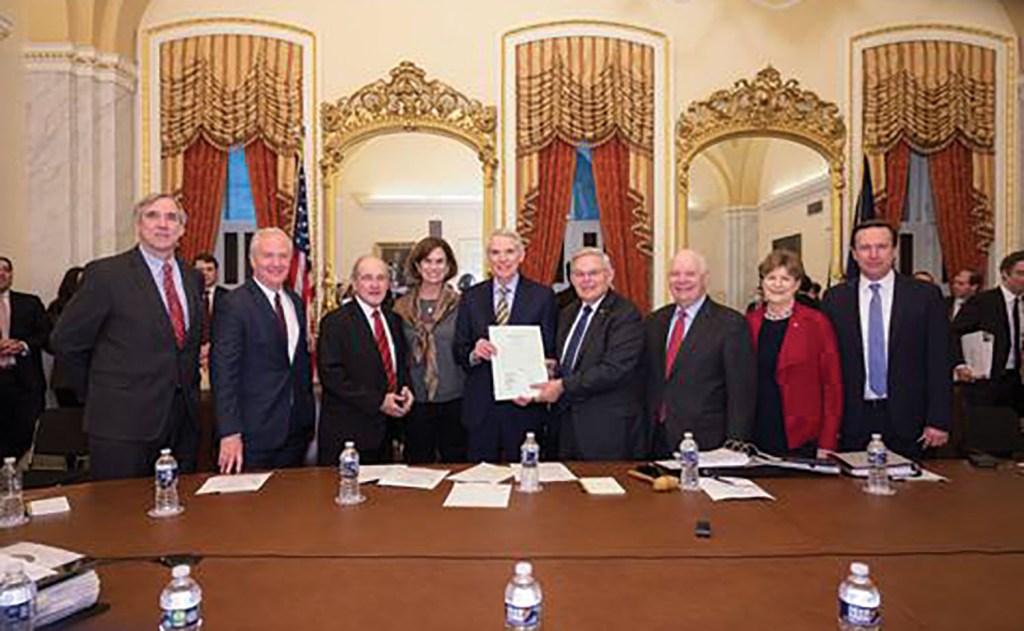 “I’ve worked with five presidents, both Republican and Democrat,” Portman, wjo previously served as U.S. trade representative and a U.S. representative for Ohio before his two terms in the Senate, said. “Presidents Clinton, Bush, Obama, Trump and now Biden.”

Portman said his approach to government has been successful because it has one “one that is focused on delivering results for our constituents.”

“There is no question that it has gotten harder to break through the partisan gridlock and make progress on important issues,” he said. “We live in an increasingly polarized country where members of both parties are being pushed further to the right and left.”

Portman will be succeeded in office by Republican venture capitalist J.D. Vance, who was elected in November.

“I do worry about the direction of the political rhetoric in this country,” Portman said. “We need to do everything we can restore faith in our democratic institutions, both for our own sake and so we can continue to be a shining beacon on the hill for the rest of the world. We can rise above the cynicism and the dysfunction. We did it on infrastructure. We’ve done it on retirement, security, combatting opioids, giving people coming out of prison a second chance and so much more.”

“We know Rob loves public service, but we also know that even that passion comes second to his beloved wife and partner Jane, and the three kids – Jed, Will, and Sally – who I know Rob considers his proudest accomplishment of all,” McConnell said. “For years, Washington’s and Ohio’s great gain have been their sacrifice. So while the Senate is sorry to lose our friend, we can’t be too upset that we now have to repay the favor. Rob, congratulations on your outstanding service.”