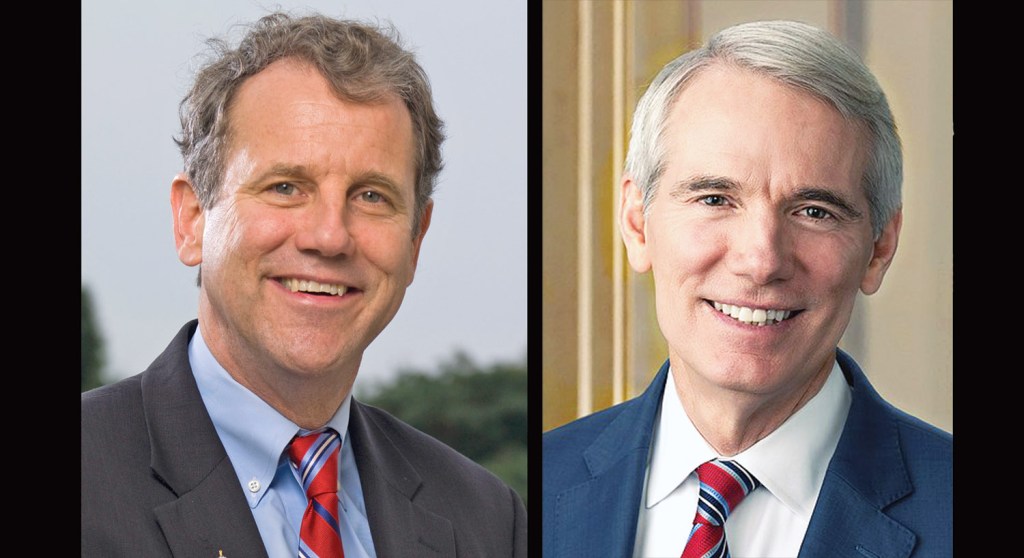 Brown and Portman have worked together closely since Portman’s election to the Senate in 2010 and have secured several key legislative victories together.

“Our jobs have always been to look for opportunities to do things together. We found dozens of them in our 12 years together and we were able to accomplish a lot of things for our state,” Brown said on the Senate floor. “I’ll miss Rob, his leadership, and his reasonableness and I hope we’ll continue to work together for Ohio.”

For more than a decade, Brown and Portman continued Ohio’s bipartisan judicial commission, working together to identify and recommend federal district court judges, U.S. Marshals and U.S. Attorneys to the president.

They also worked together to include their Build America Buy America Act and Bridge Investment Act in the bipartisan Infrastructure Investment and Jobs Act.

In May, Brown and Portman announced the introduction of the Savings Penalty Elimination Act to update the asset limits for Supplemental Security Income beneficiaries, which would enable beneficiaries to have more savings in case of an emergency without affecting their benefits.

The senators’ bill, the first significant bipartisan legislation in decades, would bring the SSI program into the 21st century and ensure disabled and elderly Ohioans are able to live with dignity.

Brown and Portman were instrumental in moving the CHIPS Act of 2022 through the Senate and securing a $20 billion investment in Central Ohio from Intel.

In 2018, Brown and Portman’s CRIB Act and bipartisan proposal to lift the Institutions for Mental Disease exclusion were signed into law to support addiction treatment centers and expand Americans’ access to treatment for opioid addiction.

In 2015, President Barack Obama signed into law trade legislation that includes the  Leveling the Playing Field Act, a bill introduced by Brown and Portman that they said will give U.S. companies – like the steel industry – new tools to fight against unfair trade practices.