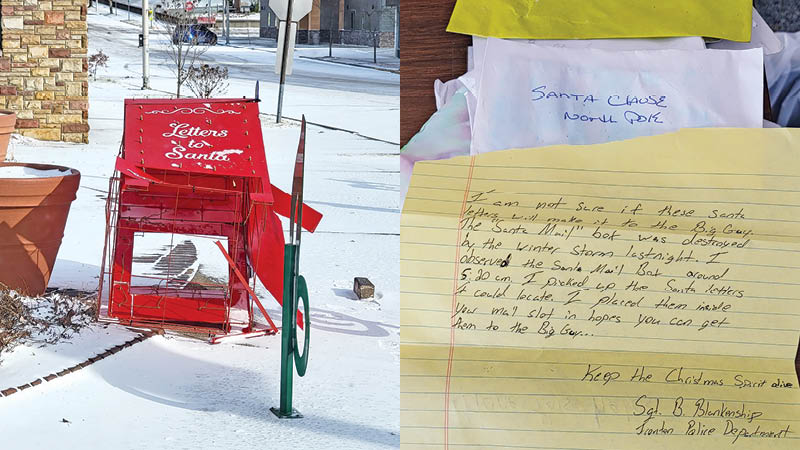 On Friday, The Ironton Tribune found a batch of mail unlike what we normally receive… several letters from kids addressed to Santa Claus.

It turns out at around 5 a.m., Ironton Police Department Sgt. Brandon Blankenship was on patrol and noticed that the Santa mail box by the Rotary Fountain had been destroyed by high winds and the letters addressed to Santa Claus were scattered around.

Blankenship gathered up the kid’s letters and put them through the mail slot with a note to The Tribune that said that he hoped we could get the letters to “the Big Guy.”

Rest assured, we at The Ironton Tribune did indeed get in contact with some of Santa’s elves to get the letters delivered to the North Pole by Friday evening.