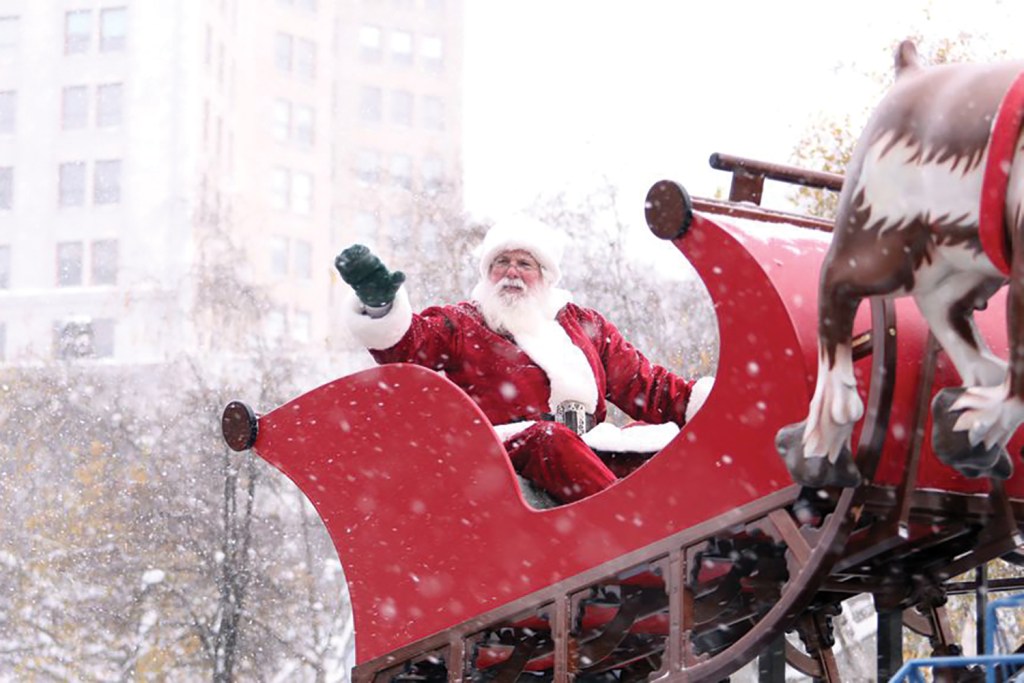 Reindeer given clean bill of health

NORTH POLE — Santa Claus has been cleared to make his annual Christmas flight around the world.

Santa is tracked by North American Aerospace Defense Command and while their usual mission is keep the skies over America free of outside aircraft, on Dec. 24, they turn their eyes to the skies to make sure that the jolly old elf can complete his goal of delivering gifts to the good boys and girls.

The tradition started more than 50 years ago, when a newspaper ad accidentally gave the telephone number of the missile defense base instead of the North Pole.

Air Force Col. Harry Shoup, the commander on duty that night who answered the child’s phone call, was quick to realize a mistake had been made and assured the child he was Santa. After more incoming calls, Shoup assigned a duty officer to continue answering calls and a tradition was born, that continued when NORAD formed in 1958.

Since both the Canadian and American governments give Santa permission to fly across the continent, NORAD provides airplane pilots to both give Santa a formal escort and provide additional cameras to track the jolly old elf.

And how exactly does NORAD track Santa’s flight? Satellites can detect the heat given off by objects and since Rudolph’s red nose glows like a light bulb, it gives off a signature for satellites to follow.

As for Santa’s reindeers, they have been given a clean bill of health to fly.

Dr. Lori Teller, president of the American Veterinary Medical Association (AVMA), flew to the North Pole earlier this month to ensure that Santa’s team of nine were up-to-date on their vaccinations and travel forms and were healthy enough to make their annual trek around the globe.

“After a full examination and review of their medical records, I’m so excited to report that Santa’s reindeer are healthy, in great shape and ready to fly on Christmas Eve,” Dr. Teller said. “In addition, they have their health certificates and certificates of travel and will be ready to come to your house on Christmas Eve—that is, if you’re on the ‘nice list’ this year!”

The reindeer’s annual exam includes a health check about a month prior to their Christmas Eve flight to make sure they’re healthy and not showing any signs of disease that can affect their ability to fly or make other animals sick. Dr. Teller was accompanied by a certified veterinary technician who assisted with the reindeer examinations.

In Canada, Santa had to not only pass the flight simulator course required of all pilots, he had to undergo a medical exam.

According to a report from Transport Canada, Santa Claus passed his medical test with flying colors, although his physician suggested he eat fewer cookies this holiday season. His blood pressure is fine and his eyesight is very good. Regular medical tests are part of the requirements that pilots need to meet to obtain and keep their license.

A Transport Canada inspector traveled to the North Pole to conduct Santa’s check ride. Santa made sure the sleigh was washed and the reindeer were clean. The inspector checked the equipment by walking around the sleigh, checking the harnesses, the landing gear and even Rudolph’s nose. He also verified Santa’s logbook and made sure all of Santa’s paperwork was in order.

Since the sleigh is certified by Transport Canada, the department approved modifications to the sleigh’s design, so Santa Claus can take advantage of newer technologies such as GPS, in case Rudolph’s nose malfunctions.