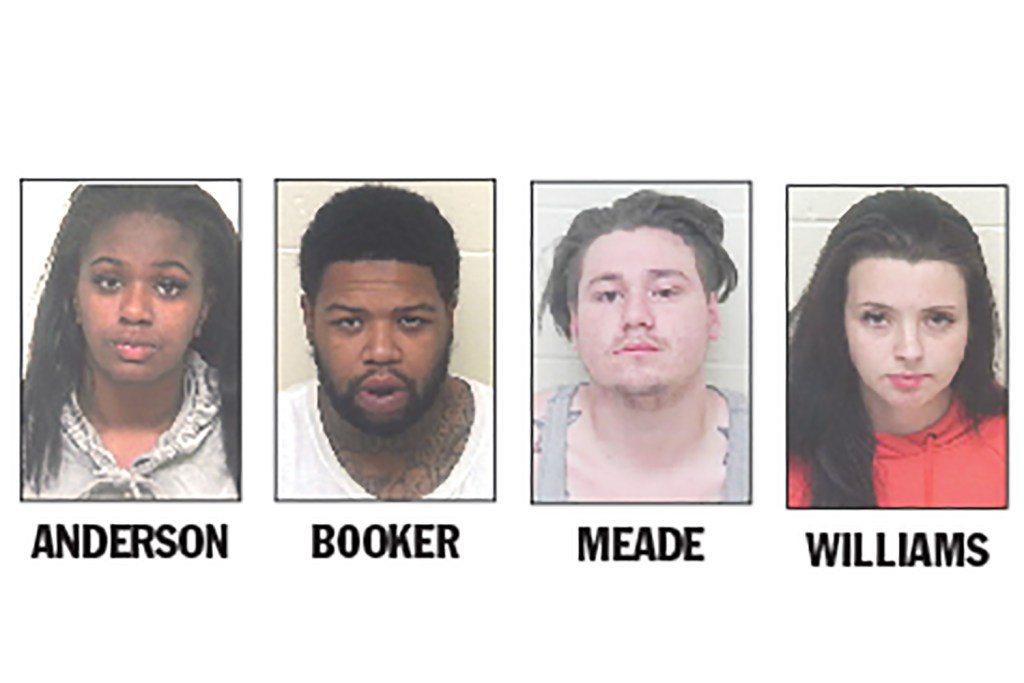 Over 1,000 grams of crystal methamphetamine seized

During the traffic stops, probable cause was established to conduct a search of both vehicles. Officers located and seized 1,001 grams of suspected crystal methamphetamine, 30 grams of suspected heroin/fentanyl, a digital scale, sandwich baggies and additional evidence of drug trafficking. Esti-mated street value of suspected drugs seized is $38,000.

Jehwaun Anthony Booker and Jazmyn D. Anderson, both from Dayton, were arrested and charged with trafficking and possession of drugs, both first degree felonies.

George Meade and Elissa Williams, both of Ports-mouth,  were also arrested and face the same charges.

All four individuals were placed in the Scioto County Jail and arraigned in Portsmouth Municipal Court on Thursday.

The case will eventually be forwarded to the Scioto County Prosecutor’s Office to be presented to a Scioto County grand jury for the consideration of additional felony charges.

Thoroughman and Brewer said they would like to thank the Ohio State Highway Patrol for their assistance, and that anyone wishing to leave drug information for the Southern Ohio Drug Task Force, should phone the tip line at 740-354-5656 or email drugs@sciotocountysheriff.com. All information will be kept confidential and anonymous.