A final goodbye: Recalling influential people who died in 2022 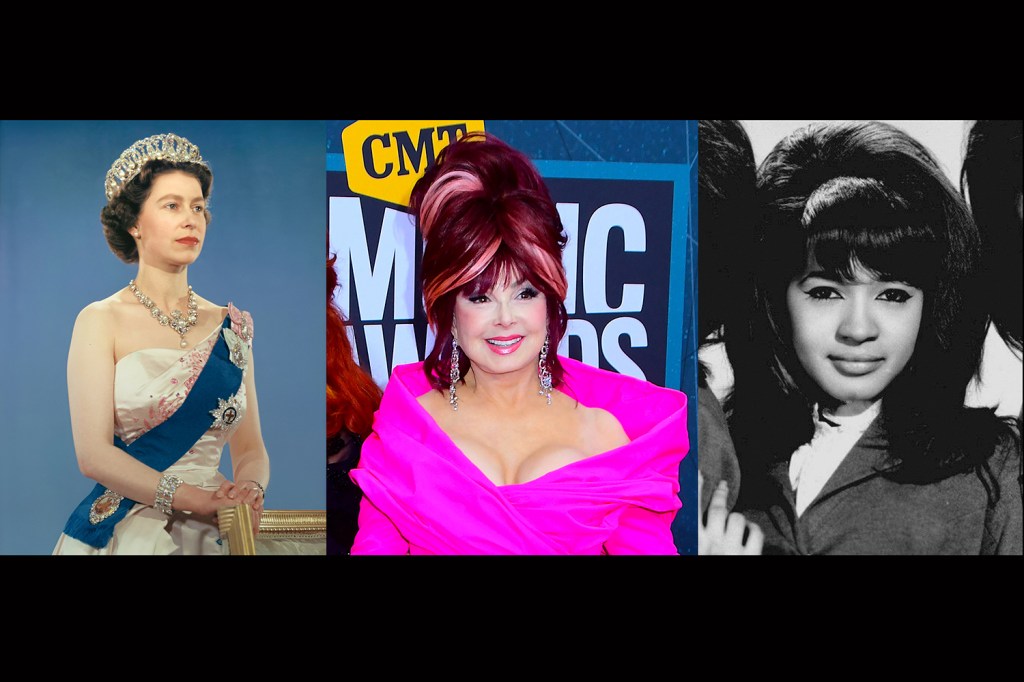 • Peter Bogdanovich, 82. The ascot-wearing cinephile and director of 1970s black-and-white classics like “The Last Picture Show” and “Paper Moon.” Jan. 6.

• Sidney Poitier, 94. He played roles of such dignity and intelligence that he transformed how Black people were portrayed on screen, becoming the first Black actor to win an Oscar for best lead performance and the first to be a top box-office draw. Jan. 6.

• Bob Saget, 65. The actor-comedian known for his role as beloved single dad Danny Tanner on the sitcom “Full House” and as the wisecracking host of “America’s Funniest Home Videos.” Jan. 9.

• Ralph Emery, 88. He became known as the dean of country music broadcasters over more than a half-century in both radio and television. Jan. 15.

• Meat Loaf, 74. The rock superstar loved by millions for his “Bat Out of Hell” album and for such theatrical, dark-hearted anthems as “Paradise By the Dashboard Light,” “Two Out of Three Ain’t Bad,” and “I’d Do Anything for Love (But I Won’t Do That).” Jan. 20.

• Louie Anderson, 68. His four-decade career as a comedian and actor included his unlikely, Emmy-winning performance as mom to twin adult sons in the TV series “Baskets.” Jan. 21.

• P.J. O’Rourke, 74. The prolific author and satirist who re-fashioned the irreverence and “Gonzo” journalism of the 1960s counterculture into a distinctive brand of conservative and libertarian commentary. Feb. 15.

• Mark Lanegan, 57. The singer whose raspy baritone and darkly poetic songwriting made Screaming Trees an essential part of the early Seattle grunge scene and brought him an acclaimed solo career. Feb. 22.

• Emilio Delgado, 81. The actor and singer who for 45 years was a warm and familiar presence in children’s lives and a rare Latino face on American television as fix-it shop owner Luis on “Sesame Street.” March 10.

• William Hurt, 71. His laconic charisma and self-assured subtlety as an actor made him one of the 1980s foremost leading men in movies such as “Broadcast News,” “Body Heat” and “The Big Chill.” March 13.

• Madeleine Albright, 84. A child refugee from Nazi- and then Soviet-dominated Eastern Europe who rose to become the first female secretary of state and a mentor to many current and former American statesmen and women. March 23.

• Orrin G. Hatch, 88. The longest-serving Republican senator in history who was a fixture in Utah politics for more than four decades. April 23.

• Naomi Judd, 76. Her family harmonies with daughter Wynonna turned them into the Grammy-winning country stars The Judds. April 30. Died by suicide.

• Mickey Gilley, 86. A country singer whose namesake Texas honky-tonk inspired the 1980 film “Urban Cowboy” and a nationwide wave of Western-themed nightspots. May 7.

• Hershel W. “Woody” Williams, 98. The last remaining Medal of Honor recipient from World War II, whose heroics under fire over several crucial hours at the Battle of Iwo Jima made him a legend in his native West Virginia. June 29.

• James Caan, 82. The curly-haired tough guy known to movie fans as the hotheaded Sonny Corleone of “The Godfather” and to television audiences as both the dying football player in the classic weeper “Brian’s Song” and the casino boss in “Las Vegas.” July 6.

• Larry Storch, 99. The rubber-faced comic whose long career in theater, movies and television was capped by his “F Troop” role as zany Cpl. Agarn in the 1960s spoof of Western frontier TV shows. July 8.

• Paul Sorvino, 83. An imposing actor who specialized in playing crooks and cops like Paulie Cicero in “Goodfellas” and the NYPD sergeant Phil Cerreta on “Law & Order.” July 25.

• Pat Carroll, 95. A comedic television mainstay for decades, Emmy-winner for “Caesar’s Hour” and the voice of Ursula in “The Little Mermaid.” July 30.

• Olivia Newton-John, 73. The Grammy-winning superstar who reigned on pop, country, adult contemporary and dance charts with such hits as “Physical” and “You’re the One That I Want” and won countless hearts as everyone’s favorite Sandy in the blockbuster film version of “Grease.” Aug. 8.

• Lamont Dozier, 81. He was the middle name of the celebrated Holland-Dozier-Holland team that wrote and produced “You Can’t Hurry Love,” “Heat Wave” and dozens of other hits and helped make Motown an essential record company of the 1960s and beyond. Aug. 8.

• Anne Heche, 53. The Emmy-winning film and television actor whose dramatic Hollywood rise in the 1990s and accomplished career contrasted with personal chapters of turmoil. Aug. 14. Injuries suffered in a car crash.

• Mikhail Gorbachev, 91. The last leader of the Soviet Union, he set out to revitalize it but ended up unleashing forces that led to the collapse of communism, the breakup of the state and the end of the Cold War. Aug. 30.

• Bernard Shaw, 82. CNN’s chief anchor for two decades and a pioneering Black broadcast journalist best remembered for calmly reporting the beginning of the Gulf War in 1991 as missiles flew around him in Baghdad. Sept. 7.

• Marsha Hunt, 104. One of the last surviving actors from Hollywood’s so-called Golden Age of the 1930s and 1940s who worked with performers ranging from Laurence Olivier to Andy Griffith in a career disrupted for a time by the McCarthy-era blacklist. Sept. 7.

• Queen Elizabeth II, 96. Britain’s longest-reigning monarch and a rock of stability across much of a turbulent century. Sept. 8.

• Jean-Luc Godard, 91. The iconic “enfant terrible” of the French New Wave who revolutionized popular cinema in 1960 with his first feature, “Breathless,” and stood for years among the film world’s most influential directors. Sept. 13.

• Ken Starr, 76. A former federal appellate judge and a prominent attorney whose criminal investigation of Bill Clinton led to the president’s impeachment and put Starr at the center of one of the country’s most polarizing debates of the 1990s. Sept. 13.

• Louise Fletcher, 88. A late-blooming star whose riveting performance as the cruel and calculating Nurse Ratched in “One Flew Over the Cuckoo’s Nest” set a new standard for screen villains and won her an Academy Award. Sept. 23.

• Coolio, 59. The rapper was among hip-hop’s biggest names of the 1990s with hits including “Gangsta’s Paradise” and “Fantastic Voyage.” Sept. 28.

• Loretta Lynn, 90. The Kentucky coal miner’s daughter whose frank songs about life and love as a woman in Appalachia pulled her out of poverty and made her a pillar of country music. Oct. 4.

• Judy Tenuta, 72. A brash standup who cheekily styled herself as the “Love Goddess” and toured with George Carlin as she built her career in the 1980s golden age of comedy. Oct. 6.

• Angela Lansbury, 96. The scene-stealing British actor who kicked up her heels in the Broadway musicals “Mame” and “Gypsy” and solved endless murders as crime novelist Jessica Fletcher in the long-running TV series “Murder, She Wrote.” Oct. 11.

• Kevin Conroy, 66. The prolific voice actor whose gravely delivery on “Batman: The Animated Series” was for many Batman fans the definitive sound of the Caped Crusader. Nov. 10.

• Gallagher, 76. The long-haired, smash-’em-up comedian who left a trail of laughter, anger and shattered watermelons over a decadeslong career. Nov. 11.

• Irene Cara, 63. The Oscar, Golden Globe and two-time Grammy winning singer-actor who starred and sang the title cut from the 1980 hit movie “Fame” and then belted out the era-defining hit “Flashdance … What a Feeling” from 1983’s “Flashdance.” Nov. 25.

• Kirstie Alley, 71. A two-time Emmy winner whose roles on the TV megahit “Cheers” and in the “Look Who’s Talking” films made her one of the biggest stars in American comedy in the late 1980s and early 1990s. Dec. 5.