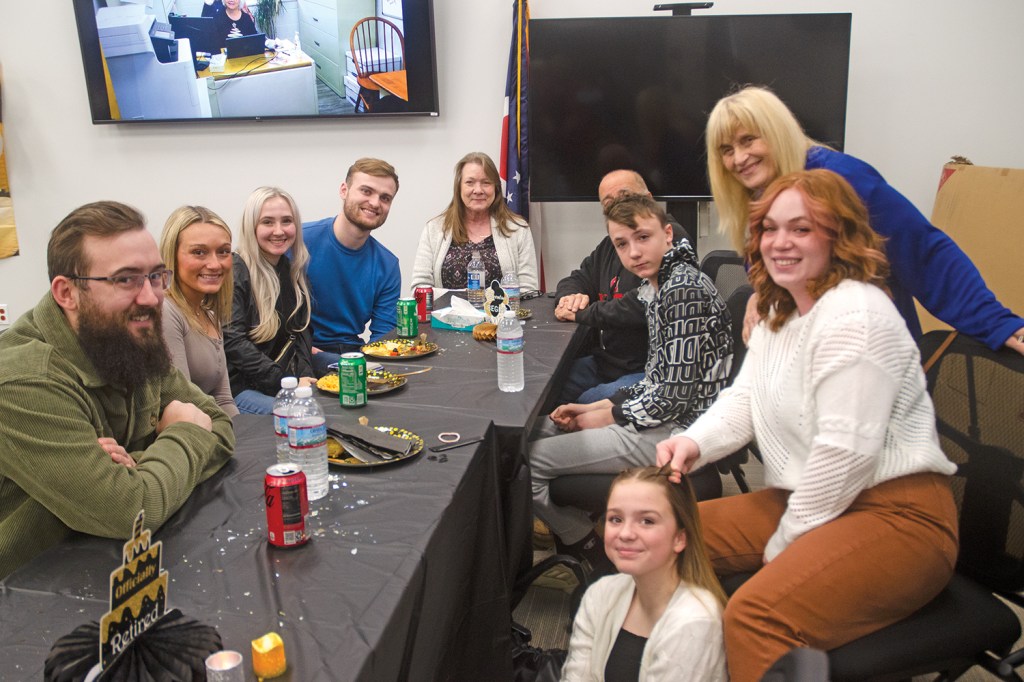 COAL GROVE — For more than three decades, Georgia Dillon has devoted herself to the care of others and, on Friday, as she winds down her tenure at the county’s health department, friends, family and co-workers paid tribute to her. 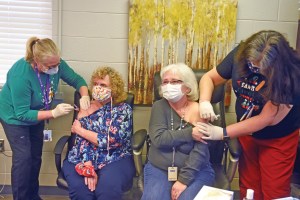 Lawrence County Health Department director Georgia Dillon, left and nurse Debbie Fisher, public information officer for the department, receive the first two shots of the COVID-19 vaccine to be administered in the county in December 2020. Vaccines were given to 11 workers at the department, who went on to administer it throughout the county. (The Ironton Tribune | Heath Harrison)

After starting work in 1978 at St. Mary’s Medical Center as an OB-GYN, Dillon came to the health department in 1986 and has served as its commissioner since 2018, taking over after the retirement of Kurt Hoffman from the position. 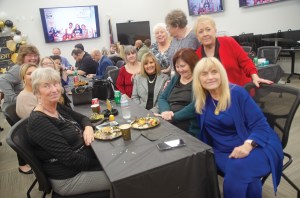 In her four years in charge, Dillon saw two major challenges, the merging of the county and Ironton health departments, followed by the biggest public health crisis in decades, the beginning of the COVID-19 pandemic.

During this time, the health department and its staff led the efforts to educate the local public about the virus, as well as began the administration of vaccines in late 2020.

Being on the front lines of that effort, Dillon was one of the first in the county to receive a vaccine.

While this was a major undertaking for the department, Dillon said the pandemic had unforeseen benefits, leading to better partnerships with local hospitals in the reporting of infectious diseases, something she had long sought.

“It changed everything,” she said of the improved data. “We now have a better idea what is going on in community.”

Dillon said she is “very proud” of the staff at the department as she takes her leave.

“They work hard and they work well together,” she said.

As far as accomplishes during her time at the department, Dillon said they had “really great mountains to climb,” and pointed to improved maternal health care and work on vaccinations for Hepatitis A and H1N1. 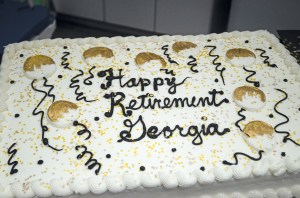 Following Dillon’s retirement, Debbie Fisher, a nurse and public information officer with the department, will serve as full-time administrator, while Tony Virgin will become the new health commissioner.

Fisher, who has been employed with Dillon for 20 years, said she has been “a joy” to work with.

“She is probably the most committed to public health of any person I have known,” Fisher said. “She has a passion for it and takes care of people, anyone who comes in the health department. It’s a real blessing.”

Dillon said it is difficult to retire, after such a long time at the department.

“I’ve been here 36 years and four months,” she said. When I think about leaving, this is my family, But I have to move forward.”

Friday’s party drew her family, members of the church congregation, other county health commissioners and co-workers at the department.

“Everyone I wanted here is here, except for my son, who is a Navy chaplain, and couldn’t make it,” Dillon said. “This is the best retirement party ever.”