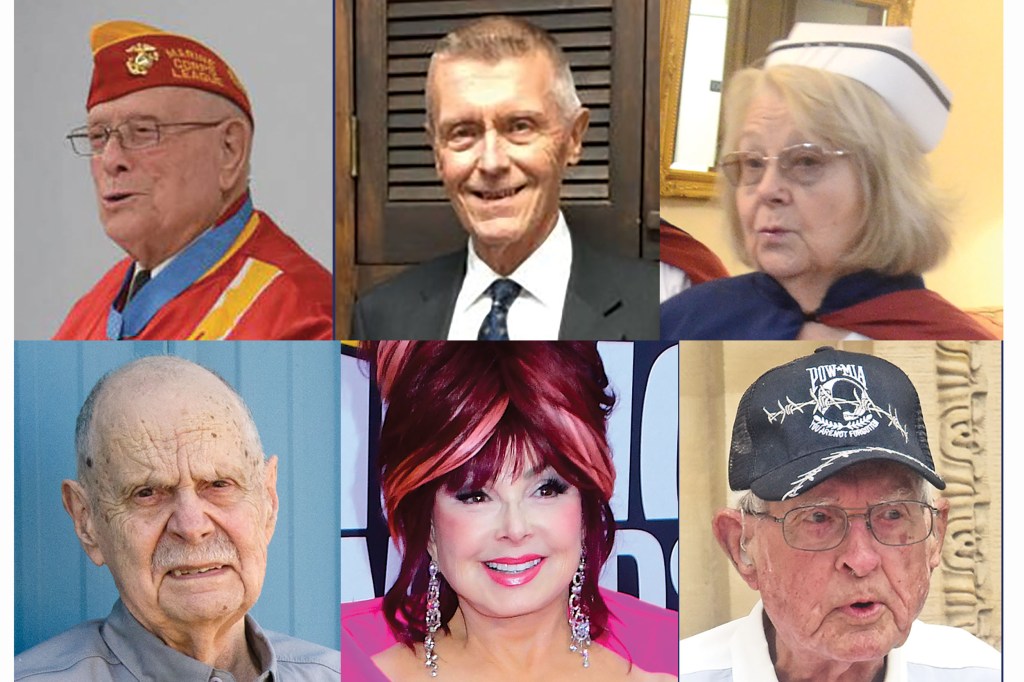 Lawrence County and the Tri-State said farewell to several people in 2022 who were known for their contributions to the region and beyond. Ranging from the arts to business to public service and more, they leave behind a legacy that will not be forgotten:

Gary Russell “Rusty” Leep, 47, of Proctorville, died Jan. 6. An RN at Cabell Huntington Hospital, he coached many youth baseball, basketball, and football teams for the Fairland Dragons and served four years on the district’s school board.

Two major supporters of local athletics died in January. Charles “Turk” Donohue passed on Jan.4 at age 81. He was a of the Elks, Moose and VFW, and a member of the Tiger Clan. A few days later, his friend, Ralph “Bennie” Blankenship, died on Jan. 9 at age 85. He was a Korean War veteran who volunteered with youth of the community with the Ironton Youth Football Bills team and the Ironton Little League Rockies.

Betty Lou (Cooper) Barnett, of Kitts Hill, died Jan. 18 at age 86. A bus driver for more than three decades with Rock Hill Local Schools, she was a former member of the district’s athletic boosters and a volunteer for the Vesuvius Campground, Wayne National Forest.

Wanda Pearl Jenkins died Jan. 19 at age 86. A member of the school board for Rock Hill for more than three decades, she was also a librarian at the district’s high school and worked for the Ironton Community Action Organization.

Brenda Horan, passed away on Thursday Jan. 27, at the age of 63. She started Michael’s Grace Place, a food pantry and clothing closet in South Point in October 2007 and served as its director.

Michael’s Grace Place receives donations from several local churches and serves an average of 400 families a month and 282 students per week.

Lois Jean Rimmer died at age 90 on Feb. 11. A retired teacher and instructor of University of Kentucky, she was also director of Lawrence County Ohio Book Mobile Program for 17 years.

Larry Maddy died March 19 at age 79. A native of Ironton and a U.S. Army veteran, he was the owner and operator of World of Comics in Portsmouth in the 1980s.

Anna “Pearl” Staton, of Ironton, passed away on March 21 at the age of 94. She was known to generations of Irontonians as the owner and operator of Sta-Tan Swimming Pool, which opened in 1960.

She worked every day the pool was open and was still running the pool’s concession stand at age 90. The pool closed in 2018.

A member of the Portsmouth Fire Department died in the line of duty on March 22. Firefighter and EMT Edward Long became unresponsive when returning from a call. He had been with the department since 1995.

Maria Oakes passed away on March 24 at age 74. She was well-known in the Tri-State area for being a nurse. She graduated from the King’s Daughters School of Nursing in the class of 1968. She was a nurse in the Cabell-Huntington NICU for 26 years. During her time at King’s Daughters Medical Center, she helped open the first Coronary Intensive Care Unit and the first six bed special care Unit for newborns in the Tri-State. She also at the Ohio State University Hospital and briefly at Ironton General Hospital. She was also one of the 12 founding members of The Nurse Honor Guard of the River Cities, serving as chair.

Mary M. Whaley, of South Point, died March 26 at age 98. She was a member of the first EMS Squad in South Point, volunteered for the Red Cross and worked for the war efforts during World War II.

Glenna Myers died April 27 at age 86. The 1954 graduate of Waterloo High School was a former treasurer for Symmes Valley Schools.

Eastern Kentucky lost one of two namesakes for its Country Music Highway this year, with the first being Naomi Judd, half of the singing duo The Judds. The Ashland native was mother of singer Wynnona Judd and actress Ashley Judd. She died on April 30, just before The Judds’ induction into the Country Music Hall of Fame.

Charlie Meadows Jr. passed away on May 25 at the age of 75. The Ironton resident was known for, not only his service in the U.S. Marines during the Vietnam War, but for his service to the veterans of Lawrence County.

Meadows was in the Vietnam War as a machine gunner with the First Division of the U.S. Marines. He lost his left leg when an artillery shell landed near him in June 1968 in Kay San, just days before he was scheduled to return home.

He was the president of the Purple Heart Society and served as the Grand Master of the Ironton Memorial Day Parade.

One project that Meadows pushed for was a monument in Coal Grove to honor veterans. In July 2021, renovations in Paul Porter Park included a monument to the residents of Coal Grove that served in the military.

Don Lee passed away on June 14 at age 94. Lee wrote a weekly column on all aspects of aviation for The Ironton Tribune for decades.

Lee was a pilot and well-known for his love of all things aviation and for his service at the Lawrence County Airpark. Many a person got their first flight in one of Lee’s planes.

After a stint in the U.S. Army, Lee moved to West Virginia in 1954 to be a pilot for Union Carbide and then worked for Ashland Oil.

Besides being a pilot, Lee got nine patents including a fluidized bed solar panel collection system, the DrumWic (the basis for one of his start-up companies), the Lee-Ashland Fiber Flinger to process carbon fibers, and more. After retirement, he founded Lee Technology, Inc., and co-founded MotorCarbon Elements while also consulting for at least two other start-ups.

A longtime face of the local judicial circuit died June 18 at age 78. Donald Spears was a Scioto County Municipal Court judge for seven years, then was elected in 1994 to serve as judge in the Domestic Relations Court in the Court of Common Pleas for 16 years. Spears, an Ironton native, retired in 2011.

One of the most decorated veterans of the Tri-State died on June 29 at age 98. Hershel “Woody” Williams, of Ona, West Virginia was the last surviving Medal of Honor recipient of World War II. Honored for his service in the Battle of Iwo Jima, Williams worked at the VA hospital in Huntington that now bears his name. In his later years, he made it a focus of his life to see Gold Star Families memorials erected across the nation.

Gary “Todd” Blankenship died at age 57 on July. 1. The lineman and supervisor for AEP was an outstanding member of the football team for Dawson-Bryant Nigh School, where he graduated in 1982.

A former South Point postmaster and World War II hero died on July 13 at age 98. Buel Collins was a U.S. Army veteran of the Battle of the Bulge. Collins endured six months in a German POW camp, following his capture in that conflict. A portion of County Road 7 near Coryville Road is named in his honor. Collins was also honored by the county at its 2021 Veterans’ Recognition Ceremony.

Paul Franklin Kegley, passed away on Aug. 1 at the age of 85. He was a retired principal and coach at Dawson-Bryant High School for 17 years.

Kegley graduated from Rock Hill High School in 1955. He was selected to the OVC All-Conference team in both football and basketball his senior year. The Rock Hill football team won the final Lawrence County Football League Championship in 1953, Kegley’s junior year.

In 2018, he was a first-year inductee into Rock Hill’s Sports Hall of Fame.

A husband and wife ministerial team passed away in September. The Rev. Charles Arthur Adkins Jr., of South Point, died Sept. 6, at age 79. He was an ordained Nazarene Minister and he and his wife, Eunice, pastored the Gethsemane Church of the Nazarene had a nursing home ministry in South Point. The Rev. Eunice died three weeks after husband, on Sept. 27, at age 77.

One of the biggest names in country music and a native of eastern Kentucky died on Oct. 4 at age 90. In addition to being one of the most influential artists in her genre, Loretta Lynn was a member of the Country Music Hall of Fame, a multiple Grammy Award winner and was honored with a section of the Country Music Highway. Born in Butcher Hollow in Johnson County, Lynn remained a regular visitor to her home region and performed many times at the Paramount Arts Center in Ashland.

A longtime name from the county’s political scene died on Dec. 4 Ironton attorney Craig Allen served for many years as chair of the Lawrence County Democratic Party. A National Guard veteran, Allen was also a mainstay on the Lawrence County Election Board and served multiple terms as the chairman.

On Dec. 23, a tragedy struck during the winter storm that hit the area. Blake Rodgers, 22, of Piketon, was killed while working with Buckeye Rural Electric near Pedro to restore power to parts of Lawrence County ahead of the Christmas holiday.