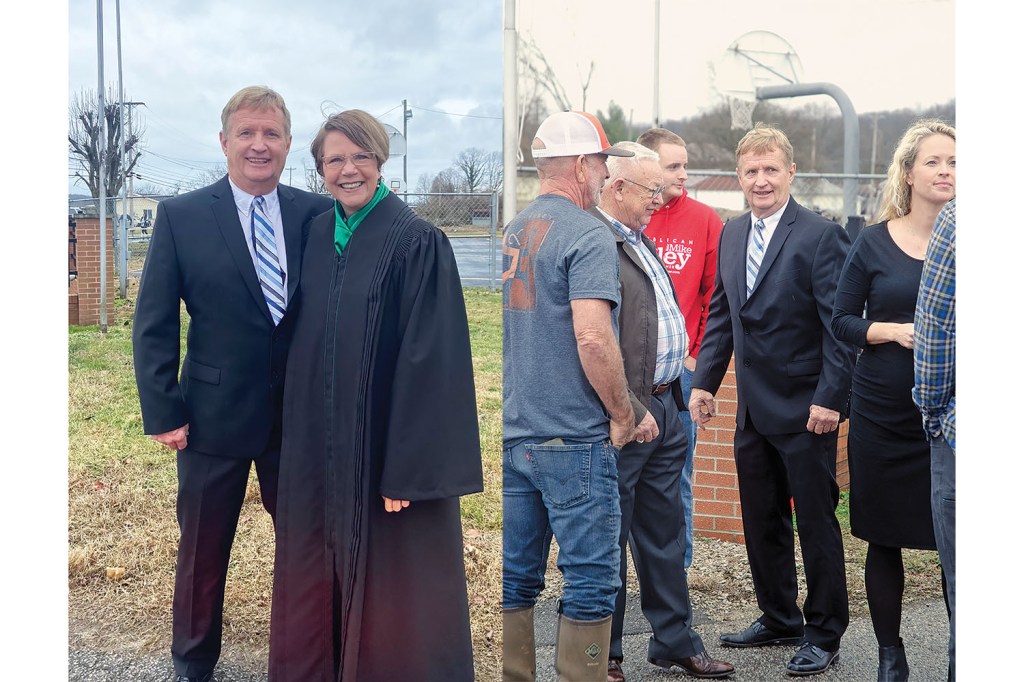 Swearing in was held in Burlington on Saturday afternoon

BURLINGTON — The year ended with the county’s newest commissioner preparing to take his new job.

Sharon Kennedy, who just won election as the chief justice for the Ohio Supreme Court was on hand to administer the oath to Finley, whose first meeting as commissioner will be Jan. 9.

“I was a elected to do a job for Lawrence County,” he said.

Finley, a Fayette Township trustee, won the Republican nomination in May 2022 over three-term incumbent Commissioner Freddie Hayes Jr. Finley was unopposed in the fall general election.

Finley said he has many priorities for the job, and specifically cited improving the county’s EMS services as one of them.

He paid tribute to several past officials, who reputation he said he wants to live up to, such as county commissioners George Patterson and Bill Pratt and South Point Mayor Bill Gaskin.

“These were all good men,” Finley said.

Finley will join incumbent commissioners DeAnna Holliday and Colton Copley on the body.