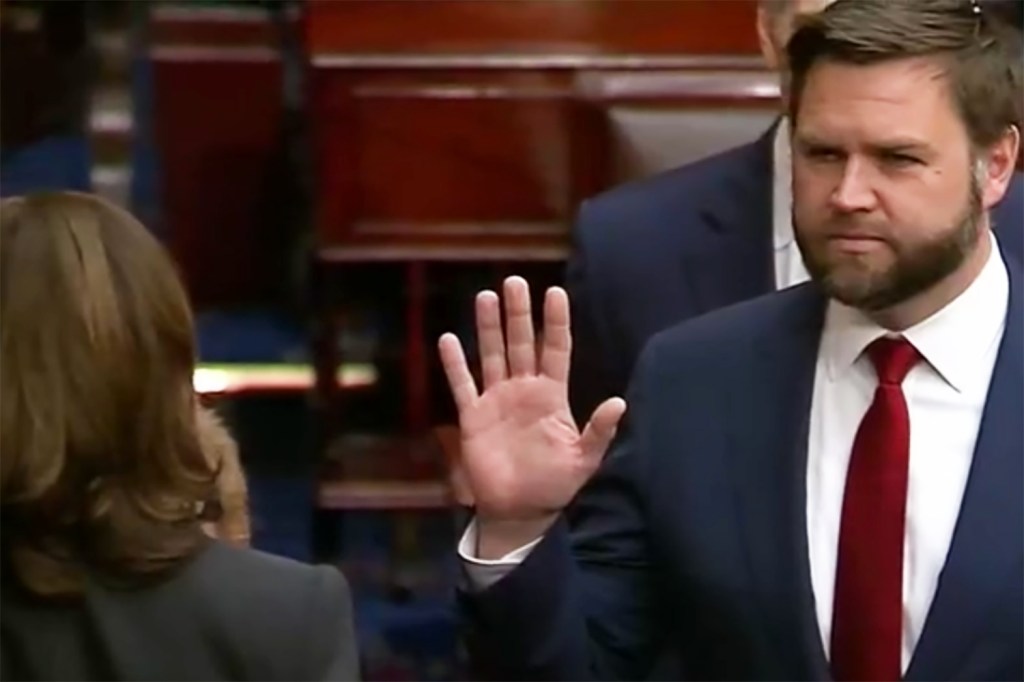 Is now the 58th senator from state

WASHINGTON, D.C. – U.S. Sen. J.D. Vance, R-Ohio, has taken the oath of office and is now officially a member of the United States Senate.

Upon his swearing-in on Tuesday, he became the 58th person to serve as U.S. senator for the state of Ohio. He was joined in Washington by his wife, Usha, their three young children, Ewan, Vivek and Mirabel, and many more from his extended family.

“I am honored to represent the great state of Ohio in the United States Senate,” Vance said in a news release. “Throughout my campaign, Ohioans from all over the state issued a similar reminder: don’t forget where you came from. I view this, more than anything else, as the mandate for this office.”

Vance was elected in 2022, defeating U.S. Rep. Tim Ryan, D-Ohio, for the seat vacated by Republican Rob Portman, who retired after two terms in office.

“I hope that with this position, I can lend my voice to the millions of working and middle class Ohioans who have been left behind by decades of failed leadership in Washington,” Vance said. “We have a great deal of work ahead of us. I am grateful for the opportunity.”

Vance will serve alongside the state’s senior U.S. senator, Democrat Sherrod Brown, who will be running for a fourth term in 2024.