DeWine sworn in for second term 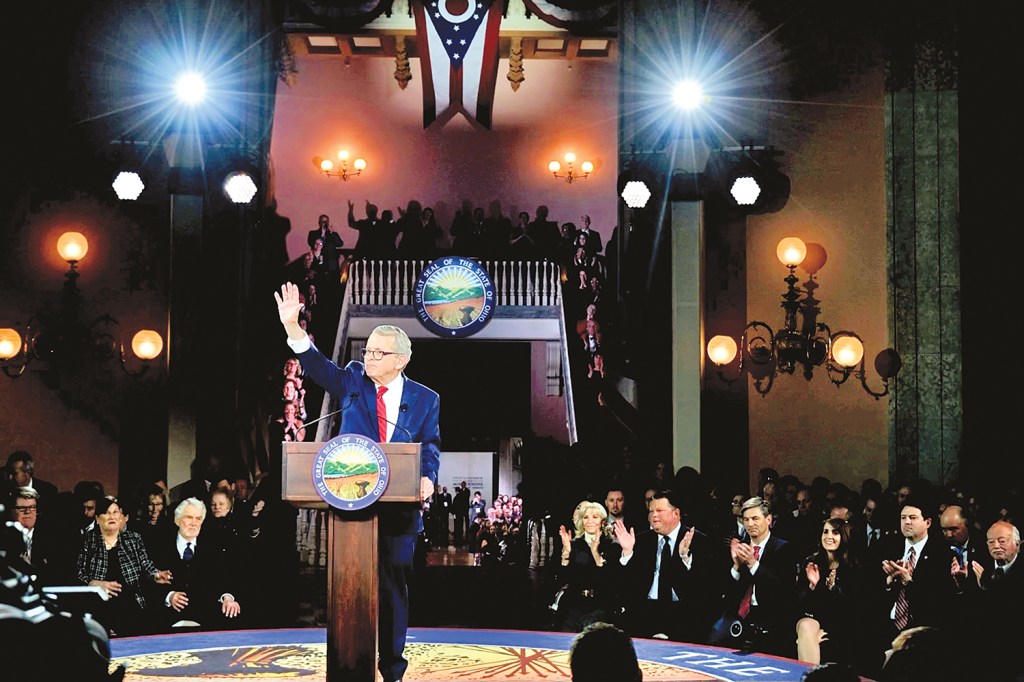 On Monday, Ohio Gov. Mike DeWine waves to the crowd at Ohio Statehouse during his swearing in for a second term. (Photo Submitted | DeWine-Husted Inaugural Committee)

COLUMBUS (AP) — Republican Gov. Mike DeWine said Monday that he enters his second term with more optimism than ever for Ohio and a host of ambitions that could have lasting impact, including to make it the nation’s best state for mental health treatment and research.

In the inauguration speech delivered days after his 76th birthday, the former U.S. senator praised Ohioans’ resilience during the coronavirus pandemic that had cast a shadow during much of his first four years as governor. He thanked Ohio voters for giving him and Lt. Gov. Jon Husted more time to work on “unfinished business.”

Their reelection was part of a Republican sweep of statewide offices in November.

DeWine was surrounded by members of his large family as he was sworn in for his second term on Sunday at his home in Cedarville. One of his children, Ohio Supreme Court Justice Pat DeWine, administered the oath of office.

The governor’s first actions of his new term included issuing an order to ban state workers from using TikTok, WeChat and other Chinese-owned social media apps on state-issued devices.