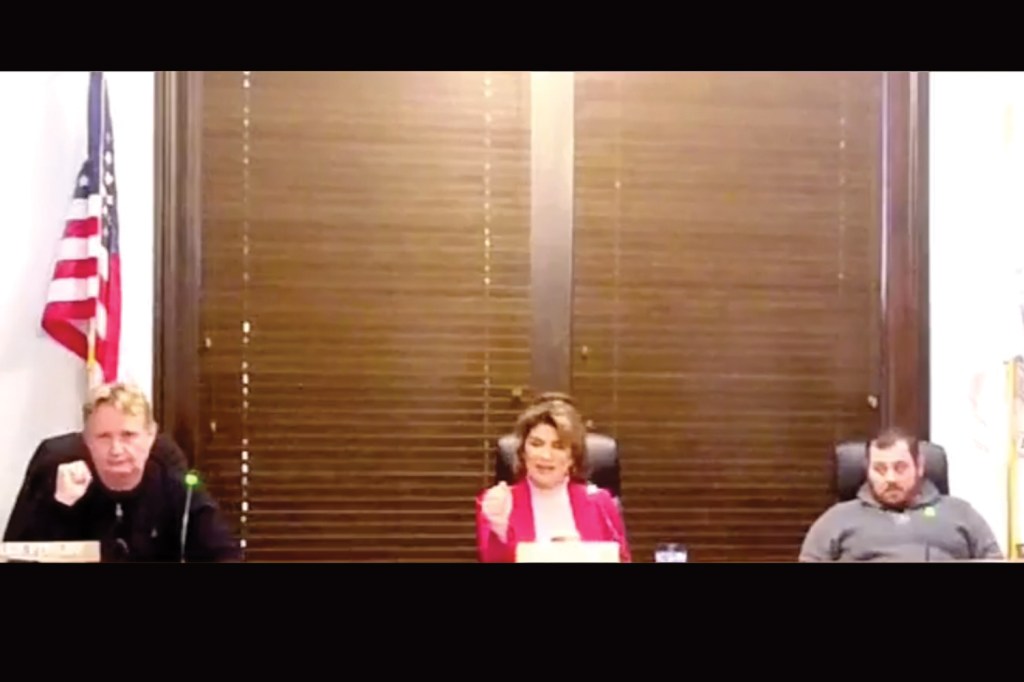 The Lawrence County Commissioners hosted their first meeting of 2023 on Monday and, while there were some changes, commissioners pledged to continue the work they have been doing and build on progress the county has achieved.

The meeting was the first for newly-elected Commissioner Mike Finley, a former Fayette Township trustee, who replaces Freddie Hayes Jr. on the body.

The meeting kicked off with an organizational session, in which a new commission president was selected.

DeAnna Holliday, who served as president for the last term, nominated Colton Copley for the position.

“I have enjoyed leading the commission over last two years,” Holliday said. “It has truly been a privilege.”

Holliday pointed to work, such as the Child Initiative with the Lawrence County Department of Job and Family Services, Project First Impression, the Dolly Parton Imagination Library and the commission’s fellowship mentor program as projects she took pride in during her tenure as president.

“Those are projects I worked closely on and feel we’ve had success,” she said.

She thanked Copley and Hayes, who was present in the audience. 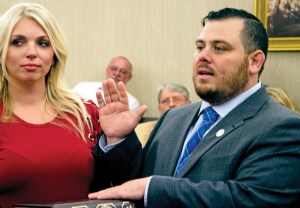 Colton Copley is sworn into his new job as Lawrence County commissioner in 2018. (The Ironton Tribune | heath Harrison)

Copley, who also works as an emergency room physician at Cabell-Huntington Hospital, then kicked off the meeting, telling the audience he “looked forward to moving forward in a positive way.”

“It’s good to see everyone here,” he said. “I am excited about the commission this year and the future of Lawrence County. I’m excited to work with my good friend Mike Finley and continue to work with my friend Deanna Holliday. We’ll continue to do the work we’ve done and bring a new perspective in.”

The commissioners dealt with old business, such as approving minutes of the last meeting, approving the final 2022 budget, approving transfers under $50,000 and approving flood plain permits. As he was not in office for those matters, Finley abstained from voting on them.

• Approved a 2023 wellness grant agreement and named Dylan Bentley as wellness coordinator for the county.

• Heard from Lawrence County Clerk of Courts Mike Patterson, who gave a “Christmas report.” He thanked all businesses and individuals who contributed to charitable efforts through the courthouse.

Patterson said, not only were they able to feed 75 families for the holiday, they were able to provide a pizza party for Easter Seals and Lawrence County Developmental Disabilities.

Patterson said they also used leftover funds to purchase an $80 gift card for DJ Cohenour, an Ironton resident known for volunteering his time to clean downtown Ironton of litter.

“Jason is homegrown and we’re proud of him,” she said. “It is comforting to know we know we have a voice at the state that, as the newspaper said, just got much louder. Keep Jason in our thoughts and prayers. He needs our support.”