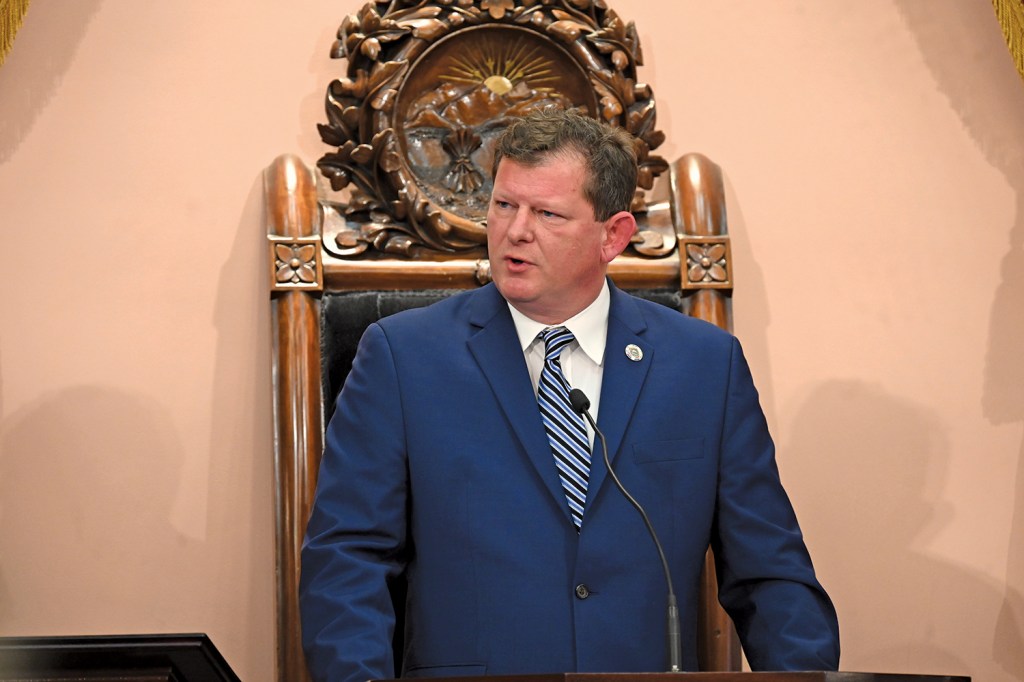 COLUMBUS (AP) — As Republican infighting debilitates Washington, lawmakers at some U.S. statehouses have managed to launch sessions complicated by similar GOP partisan divides or razor-thin margins of party control with a host of creative — if yet untested — solutions.

The approaches differ by state: a delicate working agreement here, a bipartisan truce there.

“The commonality is the standing on the edge of the precipice,” said David Niven, an associate professor of political science at the University of Cincinnati.

America’s fiercely divided politics are not limited to national government, where Republicans won a threadbare majority in the U.S. House in November and elected Rep. Kevin McCarthy as speaker early Saturday on the 15th ballot.

In the states, a combination of factors — including an influx of Republicans from the far right — have contributed to an air of uncertainty in some places as state legislatures begin business.

Bipartisanship was the byword in Ohio, which saw a surprising turn in its speaker’s race on Jan. 3 despite Republicans holding a formidable supermajority in the Ohio House.

Though Republican state Rep. Derek Merrin had appeared to seal the deal in a preliminary vote before the holidays, the conservative’s hopes were dashed at the last minute by a deal between more moderate GOP backers of rival Rep. Jason Stephens and the House Democratic caucus.

“I intend to listen, and I intend to be very open and receptive to all members of the Ohio House,” Stephens said after winning the speakership with more Democratic votes than Republican ones. “We represent all of Ohio.”

Political scientist Niven called Stephens’ election in Ohio “mountain-moving,” making a pivot away from the hyper conservative politics that the state has seen in recent years.

Meanwhile, McCarthy’s efforts to appease his far-right detractors in Washington rather than to work with Democrats may leave GOP moderates in Washington wanting, he said.

Deal-making across party lines has long been a part of governing, including within state legislatures.

In Alaska, state lawmakers have a history of crossing party lines to form majorities.

In North Carolina, a notorious yet effective power-sharing deal for speaker was struck in 2003, allowing a Democrat and Republican to preside over sessions on alternate days.

House Republicans at the time included Rep. Patrick McHenry, who is now a congressman and one of Kevin McCarthy’s top lieutenants.

This year, it remains to be seen whether unusual legislative deals are functional. In New Hampshire, Ohio and Pennsylvania, some typically routine operational issues have been rancorous — or left in limbo.

Session dates and committee assignments also have not been announced in the Ohio House, where Stephens, the House speaker, was scrambling after his surprise victory to pick a leadership team, hire a staff and unify his caucus.

Matters for the chamber — which must begin deliberations on Ohio’s two-year state operating budget soon — were potentially complicated Friday.

That’s when the Ohio Republican Party’s central committee voted to censure the GOP lawmakers who joined Democrats in supporting Stephens. Champions of the move called their actions a betrayal.