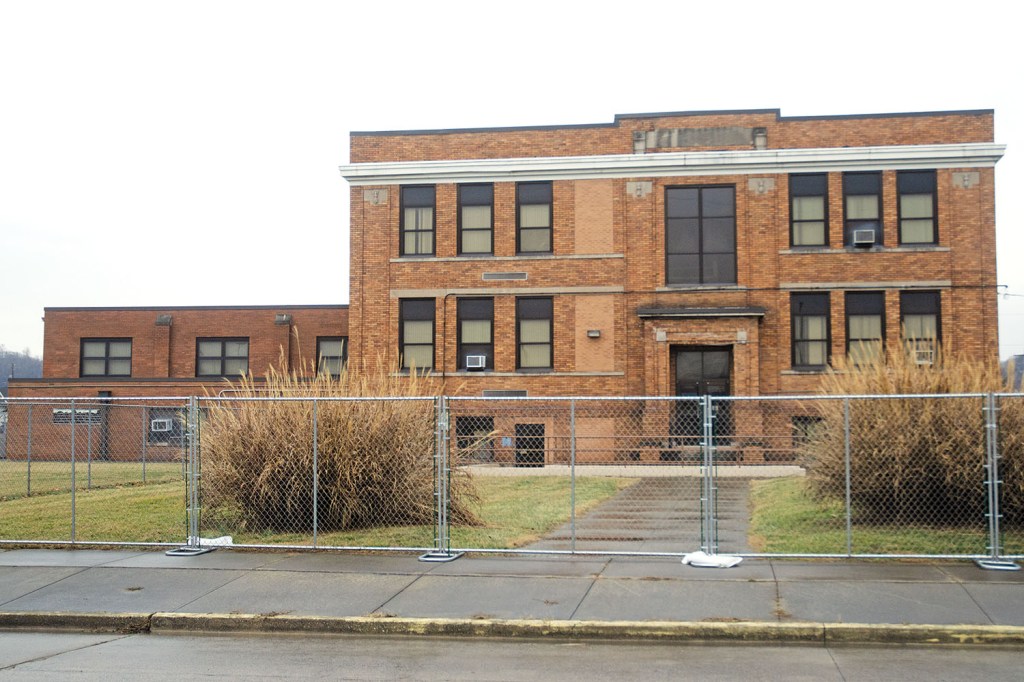 Fence surrounds the former Lombard Elementary School/Open Door School building on Wednesday, in advance of the demolition of the structure. (The Ironton Tribune | Heath Harrison) 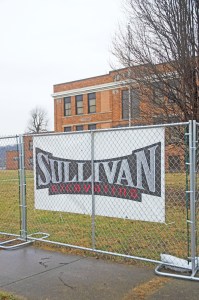 A sign for Sullivan Excavating, who put in the low bid for the Lombard Elementary School demolition, stands on the grounds of the building ahead of its demolition. (The Ironton Tribune | Heath Harrison)

For 108 years, the Lombard Elementary School building has been a familiar site in the southern end of Ironton, serving as the site of education for generations of the city’s residents, as well the home for Open Door School.

And, now, that history about to come to an end.

Fencing is up around the site and a crew from Sullivan Excavating is about to begin the process of tearing down the building.

Lawrence County Commissioner DeAnna Holliday said the county, who owns the property, has to move now to demolish the structure, in order to take advantage of a $614,107.00 grant from the Ohio Department of Development for Building Demolition and Site Revitalization Program.

The program provides $150 million in funds statewide, with originally $500,000 set aside per county. Lawrence County received an additional $114,107.

The Lombard elementary school was built in 1915. In 1977, Ironton consolidated schools and closed the elementary.

Holliday said the county has no specific plans at this time for the property, which has been used for storage since Open Door School vacated the building in 2019.

Last year, the commission had chosen the property as the site of the new county jail, but following objections from residents of the surrounding neighborhood, voted to take the site out of consideration.

Holliday described the structure as  “beautiful building,” but said the county had to move forward with the demolition.

“It has so much history for so many people and we all love the idea of keeping older buildings, but it was too expensive to maintain,” she said, citing the liability insurance and asbestos issues.

Holliday said the building had become the subject of vandalism, following Open Door moving out.

Last year, a fire was set on the playground, damaging much of the equipment.