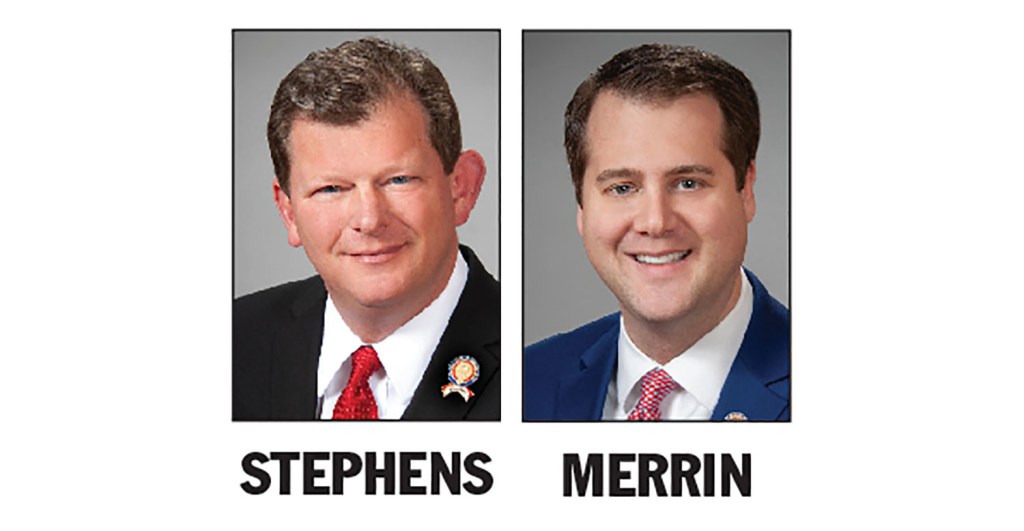 COLUMBUS — The losing candidate for the Ohio speaker of the House vote claimed on Wednesday that he is still the leader of his party in the chamber.

Derek Merrin, who was defeated for the position in a Jan. 3 vote by Rep. Jason Stephens, R-93, of Kitts Hill, told media that he has the support of most of the members of his party in the chamber.

With votes from 22 Republicans and 32 Democrats in the 99-member House, Stephens won with more support from Democrats than his own party. Merrin, of Monclova Township, won an unofficial vote of the Republican Congress for the position in November.

Stephens, the chair of the Lawrence County Republican Party, has represented the 93rd District, which includes Lawrence, Gallia and Jackson counties, since 2019. He is a former county commissioner and county auditor.

Merrin invited more than 40 fellow House Republicans who supported him to meet privately Wednesday to discuss seeking changes to House rules to lessen the speaker’s power and ensure that they are heard.

The agenda also included discussion about advancing legislation that would make it harder for citizens to amend Ohio’s constitution, which they don’t believe would be a priority for Stephens.

The fractures among Republicans raise questions about how the House and its GOP supermajority will function in the two-year session that just began.

Rep. Phil Plummer, R-Dayton, a supporter of Merrin, told the Dayton Daily News on Thursday that his party is prepared to invoke the “nuclear option” to block legislation they disagree with.

The Ohio Republican Party voted on Jan. 6 to censure Stephens and the 21 Republicans in the House who voted for him for the position, accusing them of “dishonoring” the party’s brand by working with Democrats in the vote.

A similar bipartisan vote ousted a previous speaker in 2019, when Merrin, Plummer and 24 other Republicans voted with Democrats for Republican Larry Householder over Ryan Smith, a Republican who represented the 93rd District as speaker.

No censure resolution was passed by the state party for those 26 Republicans.