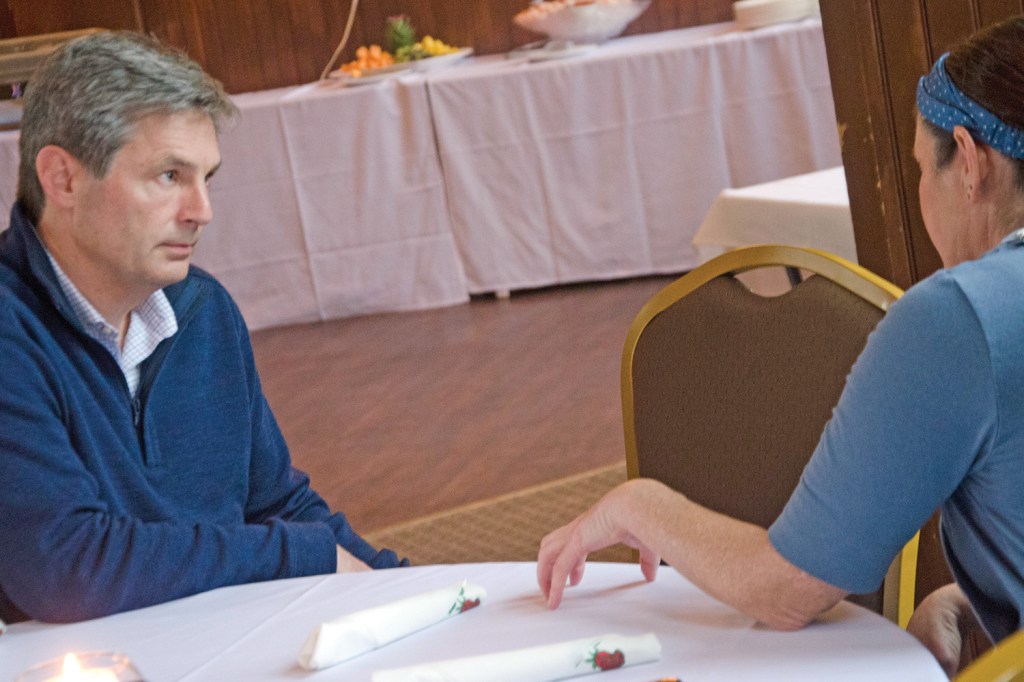 State Sen. Matt Dolan, R-24, speaks with voters during a campaign stop at The Depot restaurant in Ironton during his 2022 campaign for U.S. Senate. Dolan has announced his bid for another U.S. Senate run in 2024. (The Ironton Tribune | Heath Harrison)

Will challenge Brown in 2024

State Sen. Matt Dolan has launched another bid this week — his second —for one of Ohio’s U.S. Senate seat in 2024.

He made the announcement for the run on Tuesday.

Dolan, a Republican who represents the Cuyahoga County area in the General Assembly ran for U.S. Senate in 2022, hoping to win the seat of retiring Republican Rob Portman, but finished third in the party’s primary, behind former State Treasurer Josh Mandel and J.D. Vance, who went on to win the seat in the general election.

Dolan would be challenging incumbent Democrat Sherrod Brown in 2024.

Brown has announced that he will be seeking re-election to a fourth term.

Dolan, an attorney, has represented the state’s 24th District since 2017. He previously served in the Ohio House of Representatives from 2005-2010.

In between his two stints in the general Assembly, Dolan worked in the front office of the Cleveland Indians (now the Guardians), owned by his father, Larry, and which he was given a partial stake.

Brown’s seat is considered to be a battleground in 2024, with Republicans putting the list on their hopes for pickup to gain Senate control.

Brown has defied Republican-leaning trends in the state and has been one of few from his party to win statewide election multiple times in the past decade.