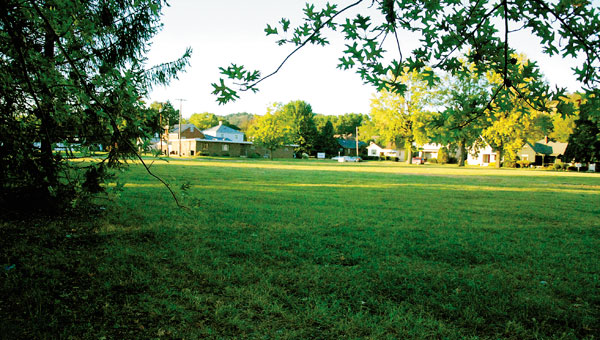 Sixteen residential lots on the property that was once the site of River Valley Hospital are ready to go up for sale and at least one potential home owner is excited.

The property, which is owned by the Ironton Port Authority, should go on sale in the first part of October.

The Ironton Planning Commission Thursday approved the rezoning of the property to residential. The Ironton City Council will next consider the measure.

“We are working from a list that dates from three years ago,” Bill Dickens, IPA member, said. “We’ll start at the top of the list and work our way down.”

Port authority officials declined to release the names, but The Tribune learned that Bob Ackerman is one of the names near the top of that list.

Ackerman was excited to talk about his plans for the property. He plans to purchase a 122 by 132 foot lot on the corner of Ninth and Scott streets.

“I think the neighborhood is going to be outstanding,” Ackerman said. “We are really happy for upscale housing. Ironton hasn’t had that for a long time…

“They sent out a survey that asked, ‘After you buy the lot, how long before you plan to build?’” Ackerman said. “I put 5 minutes.”

After those on the waiting list, the IPA will consider anyone else who wants to buy the property.

Some infrastructure work is yet to be done. The IPA plans to re-establish Maple Alley and a storm water drain.

Besides the 16 residential lots, Lawrence County has purchased one lot that will be used for parking. Another lot will be donated to the City of Ironton for use as a pocket park.

The port authority has been working to have the property sold as residential lots since 2006. The property was donated from Our Lady of Bellefonte Hospital, which also donated over $100,000.

“We have Our Lady of Bellefonte Hospital to thank for this property,” Dickens said. “They donated the property.”

The port authority also received a $750,000 Clean Ohio Assistance Fund Grant for the remediation and demolition of facility’s structures. In July, the Ohio Environmental Protection Agency approved the cleanup of the site.

Planning commission yet to vote on zoning change Before the Ironton Planning Commission recommends rezoning the area around a proposed... read more