multipleauthors, Author at The Tribune 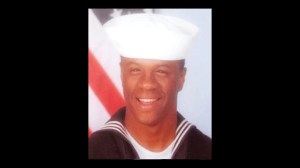 • The body of Guy Thomas, 45, was found in the parking lot of the Ironton Police Department underneath the cruiser of officer Richard Fouts. ... Read more 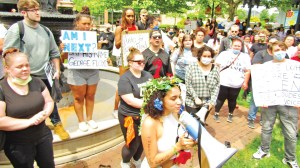 HUNTINGTON — Protests have taken place nationwide following the death of George Floyd and nearly 400 people gathered peacefully in Huntington on Saturday for what ... Read more

Bridge set for inspection after closure

The Ironton-Russell Bridge was closed at approximately 7 p.m. Monday for about an hour after structural issues were reported on the Ohio side of the ... Read more

The newly released state report card has given one more school in Lawrence County the much coveted excellent rating as three schools this year got ... Read more

It could be days before electric service is restored to parts of Lawrence County after a massive storm swept through the Tri-State Friday, uprooting, ... Read more

They stood three deep under the porte cochere of Tracy Brammer Funeral Home waiting for one of their own. Wearing their dress uniforms and gold ... Read more

Nine to be laid off from IPD

Less than two months before Ironton was to stop its dispatching operation, Mayor Rich Blankenship has sent out layoff letters to the four dispatchers, ... Read more

It was a year when the laws of man and the laws of nature took charge of daily events. It was the year several prominent ... Read more

The general manager of the Ironton Liebert’s plant wants to be the county’s next treasurer. On Wednesday, just hours before the March primary filing ... Read more

BOE, villages among races in November There are three seats open this fall on the Ironton Board of Education. Tim Johnson and Robert Pleasant Jr. ... Read more

Arrest made in bomb threat

Officials have arrested a 12-year-old student for allegedly threatening to blow up Ironton Elementary School Tuesday morning. The suspect is a sixth grader at Ironton ... Read more

Students get them every nine weeks. For the last decade or so Ohio school districts have gotten them, too: report cards. They are the state’s ... Read more

Construction on the new Ironton-Russell Bridge has been delayed — less than seven weeks from the date the Ohio Department of Transportation had planned to ... Read more

Sue Avery of Coal Grove and her husband, Sonny, went to a birthday party Monday night, but the real surprise was waiting on them when ... Read more