Even cars get winter blues 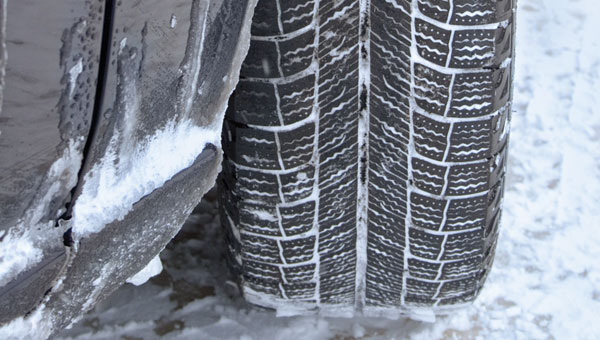 The winter weather can take its toll on a vehicle, from accidents to paint damage and a frozen engine, but some simple actions can prevent or minimize harm.

The winter weather can take its toll on a vehicle, from accidents to paint damage and a frozen engine, but some simple actions can prevent or minimize harm.

Road salt is important to safe driving, reducing ice and making travel less hazardous, but it can do some damage to a paint job. Kevin Wellman, estimator at Dutch Miller Chevrolet Body Shop in Huntington, W.Va., said the salt and the debris left on the car from it can cause rust, and can also chip the paint.

“After you’ve driven in it for a day or two, you will see it turn white,” Wellman said. “That can cause damage to the clear coat.”

Wellman recommended washing the car when there is a break in the weather, but said that when washing it, it is better to use a hose to spray the car, and not to rub it.

“You don’t want to use a sponge,” he said. “It will scratch the finish quickly.”

If a person uses an automatic car wash, he recommended a touchless car wash.

When trying to get snow off the outside of the car, people will often use a broom to brush it away. Wellman said that can definitely cause some damage to the paint and said that while it is okay to use a broom, it’s important to only knock the top layer of snow off.

“Don’t go too far, or it can cause scratches,” he said.

Getting the ice off of car windows is another area where people can cause some damage.

“People will pick up a coin or anything to scrape off the glass, and it will put the scratches in the mirror,” he said.

He recommends starting the car and letting it run for a few minutes with the defroster to get the ice off the windows, which is much safer for the windows than scraping.

“I’ve seen a lot of people attacking it like a live dog,” Wellman said. “When the glass is cold, it can certainly shatter a lot easier than when it is warm.”

Wellman also recommends, as a preventative measure, waxing the car to give it some protection between the weather and the paint.

He said if a vehicle is in an accident, it is important to take it to a body shop to have it checked out. Sometimes people will think the damage isn’t substantial and will want to wait until spring to have it repaired.

“When you slide into something, you get lots of suspension damage,” Wellman said. He said that is something a lot of people wouldn’t be able to see just from looking at it.

Paul Goodson, owner of Paul’s Garage in South Point, had a few recommendations for caring for the rest of the car.

“Usually in the wintertime, you want to check your antifreeze to make sure it has a low rating of coolant, to make sure it isn’t going to freeze when the weather gets cold,” Goodson said. He also advises testing the car’s battery, as winter is a time when those often need replaced.

“Just do a general check of all your fluids, including oil and transmission fluid,” he said.

Checking windshield wiper blades is also important, as Goodson said people often only think of it during a rainstorm, and forget about it after it’s over.

He recommends checking tire pressure about once a month.

“When the cold air hits, the cooler the air and the less dense it is,” Goodson said. “It will make you lose pressure in your tires, so you will probably have to put more air in them.”

Starting the engine before it is time to drive has a bonus benefit. Not only does it help in thawing the ice from the windows, it also warms the fluids in the engine.

Making sure there is adequate tread in tires can also help in the winter weather. Goodson said the state of Ohio says three-thirty-seconds of an inch of tread is needed. He offers a simple way to check that.

“A good way to do it is to put a penny in your tread,” he said. “If you can see the top of Abraham Lincoln’s head, your tread is too low.”

If a person doesn’t want to or can’t check these things themselves, Goodson said it is a good idea to take the car to a mechanic for a check-up.

“Most of the time, that’s what people do,” he said. “They bring it in to make sure the coolant and fluids are full and good. If not, it could freeze your engine and cause serious damage to it.”

Attempt may be connected to others in Portsmouth The Ironton Police Department is looking for two male suspects who attempted... read more