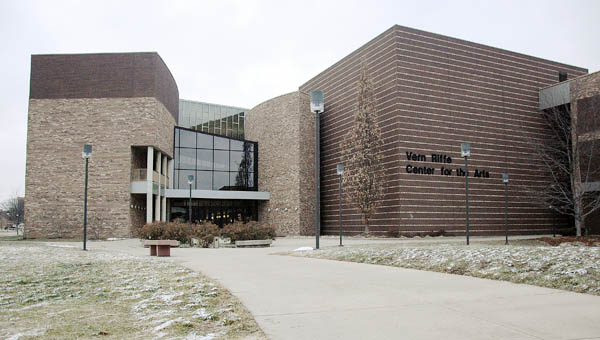 A scene from the campus of Shawnee State University. This year marks the university’s 25 year anniversary.

PORTSMOUTH — Shawnee State University is celebrating its 25th year, and it’s no small shindig. The university plans to celebrate all year long and invites the community to join in on the festivities.

In addition to the anniversary activities, like the Birthday Bash scheduled in April, the university plans to incorporate the 25th anniversary in many of the annual activities.

Also in April will be the Celebration of Scholarship, the Spring Bear Run 5K, the President’s Gala and the Rock-N-Roll House Party. The Rock-n-Roll House Party will focus on the 25th anniversary by bringing in an act from 1986, though the act remains top secret for now.

In July, the alumni will be very involved in a Fourth of July celebration, and there is a Happy Birthday video planned with birthday wishes from the community.

In October, Shawnee 9.0, the interactive digital technology conference , will bring people from across the nation, and this year it will focus on the progress of the past 25 years.

Those are just some of the many events on Shawnee’s calendar for 2011.

Dr. Rita Rice Morris, president, said they are mindful of how young the university is and the focus will be on the future.

The anniversary will have its own website beginning in March, www.shawnee.edu/25. Updates of events and activities throughout the year will also be featured on the university’s Facebook page.

Liz Blevins, director of communications, is pleased with where the university has gone over the last 25 years.

For the next 25 years, Blevins said her hope for the university is to continue to grow. She said by 2013, the state would like to see more than 5,000 students and they are on target to do that.

Man gets two years for breaking and entering

A Proctorville man will spend two years in prison for a series of break-ins at local businesses. Brett Dement, 22,... read more