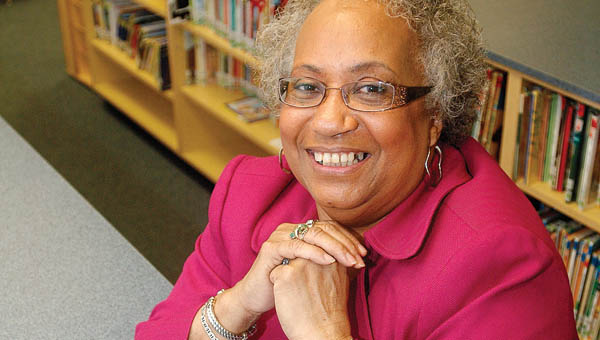 She goes at life like a dynamo that can’t wind down. Community activist. Career woman. Wife. Mother. Devoted Christian.

Everything Harriette Ramsey touches, she goes at full tilt. It’s the only way she knows how.

“I guess that it’s my ancestry,” Ramsey said. “My mother always said she would rather wear out than rust out. I guess that’s me. I just enjoy life.”

Almost three decades ago, the Ashland, Ky., native transplanted to the community of Burlington, saw her neighbors in need and reached out to help. Home after home would flood during heavy rains because nearby ditches were overflowing with water.

“The ditches weren’t being cleaned out,” she said. “We met to talk about flooding in the area. The storm water wasn’t affecting me. But these are my friends, neighbors, my community. If the community has a problem, I have a problem. It takes all of us to do something. It takes working together to solve the problem.”

That meeting grew into the Concerned Citizens of Burlington, created originally for a one-time problem, now going strong after 28 years. And at the helm for all those years has been Ramsey.

One night after a meeting of the organization at the old Burlington Elementary school, Ramsey was standing out front and an EMS squad stopped to ask directions. At that time there were no signs marking Burlington streets.

“I said to Raymond (her husband), ‘Someone could die,’” she recalled.

That gave the Concerned Citizens their second project, erecting signage for all the streets in the community.

“I have taught my kids that it is about giving back,” Ramsey said. “If God has allowed me to come this far, let’s reach out to help. If I can help someone, then my living is not in vain.”

Ramsey came to the Ohio side of the river when she married. Soon she found a career that seemed too good to be true.

“I’ve always wanted to be a librarian. I’ve always loved to read,” she said.

So when the Chesapeake branch of the Lawrence County public library system needed a leader, Ramsey took over.

“I thought this was utopia,” she said. “I’m going to get paid to read. They wanted you to read all the new books.”

However, the dream job came with a possible caveat. At that time African-Americans had almost no presence in the village of Chesapeake.

“I was told there was going to be some trouble,” Ramsey recalled. “That was very far from the truth. I made some very fine friends.”

“My bookshelves are kind of crowded. In my living room. The TV room,” she said. “Some I have ordered and put on my Kindle. If it is a good book, I will go back and read it again.”

Particularly she likes to steep herself in the biographies of others, looking for their life lessons.

And it’s encouragement that Ramsey wants to give to the young students who cross her path daily at the Burlington school.

But it’s not only suggesting a book or two to the students. Thirteen years ago Ramsey took it upon herself to start a morning school newscast, put on entirely by the children.

“I did not know what I was doing. I had never been involved in something like this before,” she said. “But our kids at Burlington were like the black sheep kids (in the school district). I wanted to make our kids feel special.”

And in making them feel special Ramsey is planting the seeds for what she considers her philosophy of life.

“It’s enthusiasm for whatever you are into,” she said. “With my broadcast at school, I tell the kids, if you don’t want to be here and are not enthusiastic, it will show. If you have enthusiasm, you will do a good job. I am doing something I know we see a need for. … When I know that something is right and it is going to help the community, I’ll give it my all. I am not one to give up.”

It looks as simple as tossing a glass marble up into the sunlight, then watching that sphere become a canvas... read more