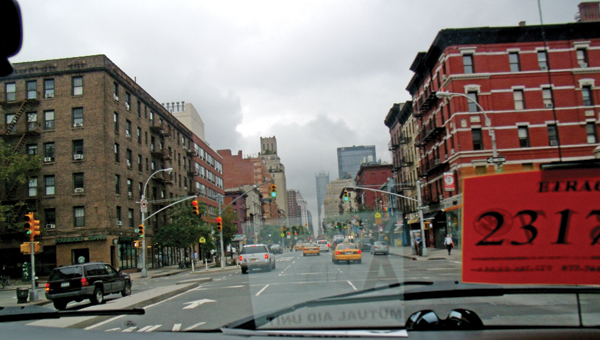 Mullins and Bowen were part of a five-ambulance team that evacuated elderly people to hospitals ahead of the storm. Other crews were evacuating the hospitals and moving people further inland.

Irene, which by then had downgraded to a tropical storm, hit New York City Sunday, causing flooding and disrupting electric to hundreds of thousands, according to media reports.

The storm is blamed for 24 deaths over the weekend throughout the East Coast. It also caused power outages to 3 million people and billions of dollars in damage.

Mullins said he did not see much flooding while he was in the city, though as he left, water from the East River was overflowing a levy.

Mandatory evacuations and closed transportation systems meant that ,by Saturday evening, the city was quiet.

“It was nothing like you’d expect to see in New York City on a Saturday night,” Mullins said.

Mullins said the trip was his first to New York. It would have been better under different circumstances, he said.

Mullins said he met many nice people and that those he met were appreciative of his work.

“If called again, I would go in a heart beat,” Mullins said. “I consider it an honor to go up in the big leagues, so to speak, and represent Lawrence County. That’s what we train for.”

There’s a possibility Mullins may get that opportunity. FEMA may deploy more paramedic units to New York City in the coming days, Chief David Rotter said.

Whether or not they decide to seek outside help will likely depend on how much the local first responders can handle, Rotter said.

There is also a possibility of another storm, Tropical Depression Twelve, coming with a week or so. That storm could require more deployments, Rotter said.