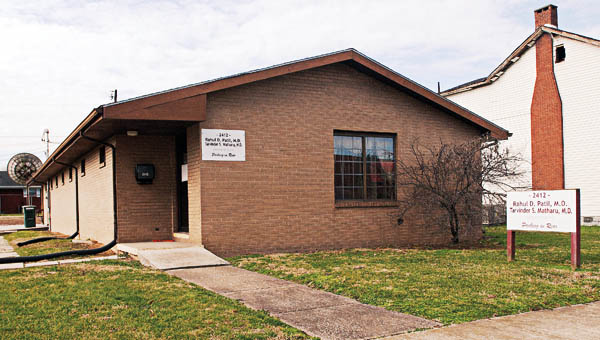 King’s Daughters Medical Center has offered to donate to the City of Ironton the building that has formerly served as the offices of Dr. Rahul Patil.

Ironton Mayor Rich Blankenship said King’s Daughters Medical Center in Ashland, Ky., has offered to donate the former office of Dr. Rahul Patil near the corner of South Sixth and Pleasant streets to the city.

“It could be good for future development,” Blankenship said. “It’s a little dated on the inside.” He has recommended to city council that an engineer go through the building and inspect it before the city agrees to accept it.

Hospital spokesman Tom Dearing said he had no information on the matter at this time.

Blankenship said he has also gotten a letter from Mark Maynard, with J&M Enterprises, requesting the city sell the property that is commonly known as the Ironton Iron parking lot. J&M owns the former Empire Metal Recycling site and at this time has a 16-foot right of way to that building across the roughly two-acre parking lot it seeks to purchase.

The Ironton Iron property has been remediated and Blankenship said the work performed is under review by the Ohio Environmental Protection Agency. The property can’t be sold until the EPA signs off on the project, which Blankenship said could be several months.

“He wants to let the city know he wants it,” Blankenship said of Maynard.

Blankenship said the property, which is owned by the city, will have to be placed for bid and needs to be appraised.

Maynard was contacted for comment on this story. He did not return the phone call.

Proctorville musician to be part of animal shelter fundraiser