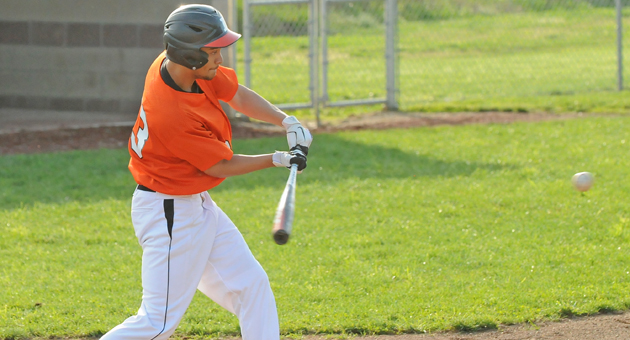 Steve Easterling was in the zone and the Portsmouth Trojans’ offense wasn’t allowed.

Easterling fired a three-hitter and struck out 14 batters as the Ironton Fighting Tigers beat the Trojans 3-2 on Monday.

Easterling did not walk a batter and only one run was earned.

“Easterling threw the ball really well. He was in a good rhythm,” said Ironton coach Tobey Schreck. “Offensively we had nine hits and we should have scored more runs. But it was good to get a win.”

Ironton (7-5) took a 1-0 lead in the second inning when Brandon Leach and Cody Roberts singled, Trey Spencer was hit by a pitch and Trevor Easterling reached on a one-out error.

The Fighting Tigers went up 2-0 in the fifth inning. Trevor Easterling singled, stole second and scored on a hit by Sean Lawless.

Portsmouth (2-10) scored both its runs in the sixth inning to tie the game.

Sturgill singled, Jacob Albrecht reached on an error and Len Collins had a one-out double to drive in both runners.

But Ironton snapped the tie in the bottom of the inning when Leach singled, stole second and rode home on a hit by Maurice Phillips.

The Fighting Tigers play Russell at 5:30 p.m. Wednesday in the Greenup County Tournament.

By JIM WALKER Tribune Sports Editor   Karlee McMackin made her first home run one she won’t forget. Neither will... read more